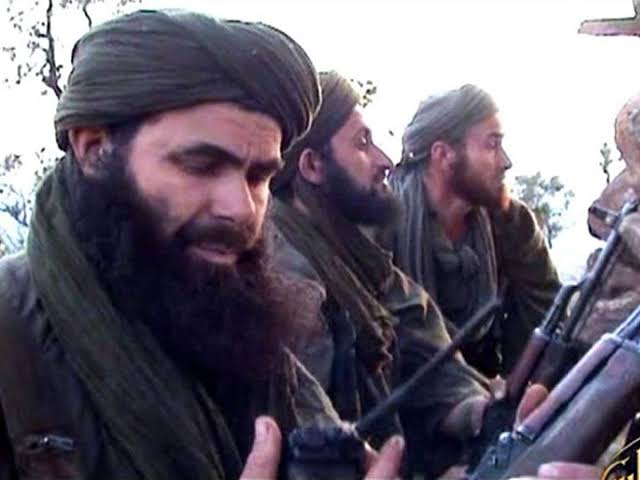 Vast swathes of Mali lie outside effective government control. Frustration over the seemingly endless conflict contributed to mass protests against President Ibrahim Boubacar Keita this year, culminating in his ousting in a military coup on 18 August.

The United Nations has some 13,000 troops deployed in Mali as part of its peacekeeping mission, known as MINUSMA, while France has 5,100 deployed in the Sahel region.

Mali has been struggling to contain a brutal jihadist insurgency which first emerged in the north of the country in 2012, overtaking a rebellion by mostly ethnic Tuareg separatists.

The French government said Monday its forces had killed more than 50 jihadists aligned to Al-Qaeda in air strikes in central Mali.

The offensive took place on Friday in an area near the borders of Burkina Faso and Niger, where government troops are struggling to rout an Islamic insurgency, French Defence Minister Florence Parly said after meeting members of Mali’s transitional government.

“On October 30 in Mali, the Barkhane force conducted an operation that neutralised more than 50 jihadists and confiscated arms and material,” Parly said, referring to the French-led anti-jihadist Operation Barkhane.

She added that around 30 motorcycles were destroyed.

Parly, who earlier met Niger President Mahamadou Issoufou and her Nigerien counterpart Issoufou Katambe before heading to Bamako, said the operation was launched after a drone detected a “very large” motorcycle caravan in the “three borders” area.

When the jihadists moved under trees to try and escape surveillance, the French force sent in two Mirage jets and a drone to launch missiles, leading to the “neutralisation” of the insurgents, Parly said.

Explosives and a suicide vest had been found, he told a reporters in a conference call, saying that the group had been “about to attack (an army) position in the region”.

Barbry also said that another operation, this time targeting the Islamic State in the Greater Sahara, was also underway, with a total of 3,000 soldiers.

The results of the operation, launched about a month ago, would be announced in the coming days, he said.

Parly said the action marked a “significant blow” to the Ansarul Islam group which she said was linked to Al-Qaeda via the GSIM alliance led by Iyad Ag Ghaly.

Ghaly has emerged as a top jihadist leader in the Sahel since the death of the Qaeda commander Abdelmalek Droukdel, who was killed by French forces in Mali in June.

Former colonial power France launched a military operation to drive back the Islamists in 2013, but fighting has spread to central Mali, and to neighbouring Burkina Faso and Niger, leaving thousands dead and hundreds of thousands forced to flee their homes.

Many analysts argue that engaging in dialogue with jihadists is one of the few escape routes from Mali’s cycle of violence, and government leaders in Bamako increasingly view the option favourably.

Mali’s new interim government, which was appointed to rule for 18 months before staging elections, appears willing to engage in dialogue.

Last month, it secured the release of four hostages held by Islamist groups — including 75-year-old Sophie Petronin, the last remaining French hostage in the world — in exchange for about 200 prisoners, some of whom are thought to have been jihadists.