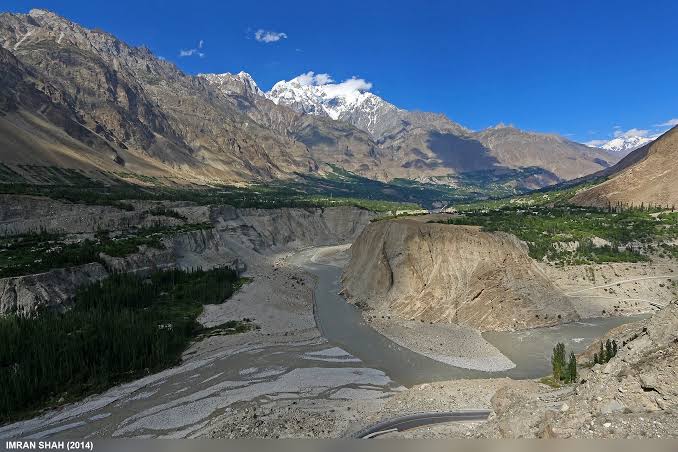 The Gilgit-Baltistan region in Pakistan-occupied Kashmir

Pakistan Prime Minister Imran Khan has decided to elevate the Gilgit-Baltistan region to the status of a full-fledged province. In addition his agencies are also carrying out full scale ethnic cleansing I the region. India had recently condemned the Imran Khan government for releasing a new political map of Pakistan which lay absurd claims to Indian territories. India said that the new map reaffirms the reality of “Pakistan’s obsession with territorial aggrandizement supported by cross-border terrorism.

Pakistani newspaper The Express Tribune had on September 17 quoted their Minister Ali Amin Gandapur saying that the Imran Khan government has decided to “elevate Gilgit-Baltistan (G-B) to the status of a full-fledged province”.

Gandapur said that the Pakistan Prime Minister would visit the region soon to make a formal announcement.

Raising concerns, Ladakh Member of Parliament Jamyang Tsering Namgyal on Wednesday said that the Pakistan Army is planning to begin the most brutal genocide and ethnic cleansing in the Gilgit-Baltistan region.

“Gilgit-Baltistan is an integral part of India. Pakistan Army plans to begin the most brutal genocide and ethnic cleansing in Pakistan Occupied Gilgit-Baltistan of India. I support the people’s movement,” Namgyal said on social media platform Twitter.

Pakistan’s sordid deeds are not hidden from the world and time and again India’s estranged neighbor finds ways to attract sanctions from global terrorism watchdogs and the United States.

However, the incorrigible establishment of Imran Khan does little to tackle the menace of terrorism and internal unrest, with now an enormous fear of a genocide also looming on its innocent citizens, especially those living in Pakistan-occupied Kashmir.

Last month, India had condemned Imran Khan for releasing a new political map of Pakistan that lay untenable claims to Indian territories, and called it “an exercise in political absurdity”.

“We have seen a so-called ‘political map’ of Pakistan that has been released by PM Imran Khan. This is an exercise in political absurdity, laying untenable claims to territories in the Indian state of Gujarat and our union territories of Jammu Kashmir and of Ladakh,” the government of India said in a no holds barred statement.

New Delhi slammed Islamabad for its malafide intentions and said that the new map reaffirms the reality of “Pakistan’s obsession with territorial aggrandisement supported by cross-border terrorism”.

India needs to plan an early liberation of this POK so as to save the BaltisBaltis from ethnic cleansing.