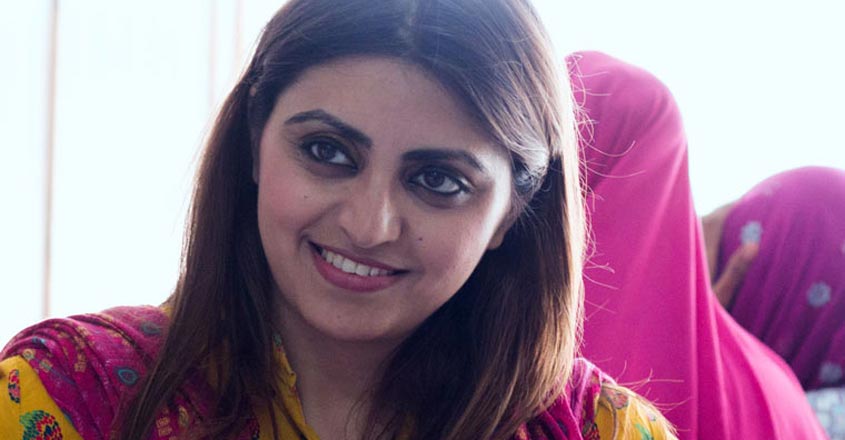 In a country like Pakistan, where criticism of the military will surely invite harsh retribution, Gulalai Ismail campaigned vigorously for women’s rights, bringing attention to rapes, disappearances and other abuses that she and many others say have been committed by the country’s security forces.

The woman right activist also took a very active part in the ethnic Pashtun movement. The movement headed by Manzoor Pashteen has now become another headache for the Pakistani Army, whose heavy-handed techniques to crush the movement has failed miserably.

Gulalai Ismail, was forced to flee Pakistan after being accused of treason by Islamabad. She says that thousands of people from minority communities in the country were killed in Pakistan in the name of eradicating terrorism.

a”Innocent Pashtuns were killed in Pakistan in the name of eradicating terrorism. Thousands of people are jailed in internment centres and torture cells of the Pakistani Army,” she said during a protest against Pakistan Prime Minister Imran Khan in New York.

Human rights defenders believe that the charges of treason against her were false and that she was being targeted for pointing out the blatant abuses committed by the Pakistani military. Ismail had been barred by the Pakistani government from leaving the country.

A few days ago, the activist, in an interview with Afghan journalist Bashir Ahmad Gwakh of Mashaal Radio, said she was hiding in Pakistan for nearly six months and travelled to Sri Lanka with the help of her friends before leaving for the US.

Ismail took the baton to highlight incidents of sexual abuse by Pakistani security forces. Following her crusade against the atrocities committed on country’s women, she was slapped with treason charges.

The 32-year old rights activist managed to slip through the dragnet last month and is now staying with her sister in Brooklyn in New York. She has also applied for political asylum in the US.

Even though she has been able to escape to America, she is still worried about her parents and people who helped her during the days of hiding.

“Pakistan thinks that the US Department of State will force me to leave the US along with my family. But, I will continue my struggle in the US,” Ismail told Mashaal Radio.

Ismail became a fugitive in May in her country, soon after she posted accusations on social media against Pakistani soldiers.

In her posts on Facebook and Twitter, she had accused soldiers of raping and sexually abusing Pakistani women.

“There are misconceptions about Pashtuns in America that needs to be fixed. From there, I will be fighting and the world will know that Pashtuns are the victims of war,” said Ismail.

However, the court had ordered the removal of her name from the list following a petition by Ismail challenging the government’s decision to put her name on the ECL. But, the court allowed the interior ministry to take appropriate action, including confiscation of her passport, in the light of recommendations made by ISI.