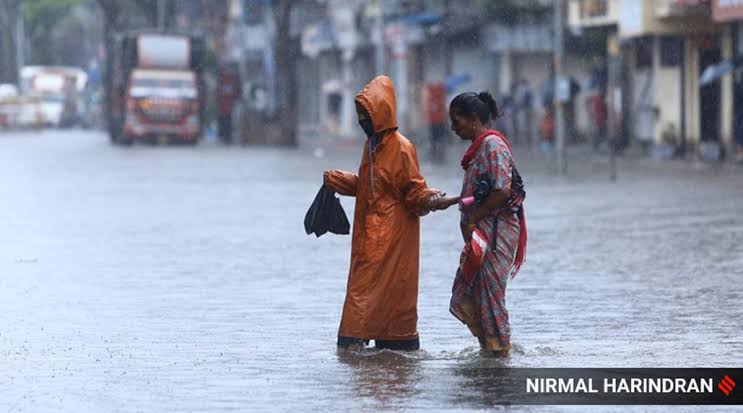 Monsoon woes: Traffic moving at a slow pace on the flyover near Thirumangalam.

Several areas in State will see moderate rain till Wednesday

Several places in Tamil Nadu, Puducherry and Karaikal may experience moderate rainfall till November 18, as the northeast monsoon intensifies over the region.

According to the Meteorological Department, Saturday’s trough in easterlies now runs from the Comorin area to the west-central Bay of Bengal across the south-west Bay of Bengal off the Tamil Nadu and south Andhra Pradesh coast.

Another trough from the Comorin area to the north Tamil Nadu coast has merged with the prevailing weather system. This will trigger widespread rainfall in the State in the next few days.

While coastal areas are likely to receive moderate rain till November 18, thunderstorm with heavy rain may occur in one or two places over the southern parts of the State. The intensity of rain may begin to drop from November 19, and only a few places over the Western Ghats and south Tamil Nadu have chances of moderate rain. Only light rain is likely over other parts of the State on Thursday, officials said.

Chennai residents woke up to pleasant weather on Sunday, and the day temperature dipped to 28.5 degrees Celsius and 28.8 degrees Celsius at Nungambakkam and Meenambakkam respectively. — two notches less than the average temperature. While some areas saw intermittent showers, the weather stations did not record any significant rain.

The Department has forecast thunderstorms, with rainfall up to moderate intensity, to continue till Monday. The intermittent showers may be heavy, at times, in some areas.