Hindustan Shipyard Vishakhapatnam Makes A Success Of MAKE IN INDIA 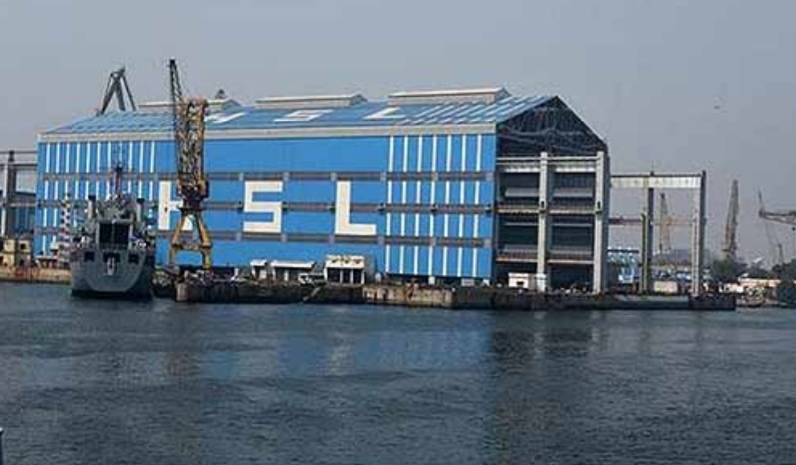 The Hindustan shipyard Vishakhapatnam has set a record by recently completing a major refit of EKM class submarine ahead of schedule apart from delivering ships post refit and repair ahead of schedule. Besides this, There are two Indian Navy ships undergoing refitting,
and there are other vessels too.

Hindustan Shipyard Ltd, which has been focusing on `Make in India’ has made it a big success. It has undergone a significant financial turnaround and in the last four financial years has posted profits. These profits came after a gap of almost four decades.

The yard is also working on ships and vessels for the Indian Coast Guard, DCI, the Fisheries department and for other private companies.

In an earlier interaction, the CMD of the yard had stated that the Indian Navy’s Maritime Capability Perspective Plan (MCPP) will give enough opportunities to all the shipyards for competing for different types of vessels.

Since the yard has been undertaking short and long refits of the submarines, the focus has been to make the dream of `Make in India’ initiative a huge success.

“Compared to other yards PSUs or private, the yard has managed to get orders on a competitive basis, which has made their order book health,” observed an industry source.

“The HSL has the four Cs `Confidence, Commitment, Capability and Capacity’. We can undertake most types of ship construction, as well as repair and submarine retrofit projects,” the outgoing CMD concluded.

The yard has also last year won the prestigious ‘SKOCH Awards 2019’ in the category of “Corporate Excellence” which was received by RAdm LV Sarat Babu, C& MD HSL along with his team received this award. This was, in fact, the 7th award the yard had received between 2018-19 under him.