“Our bilateral relationship with India is, probably, at its lowest point,” Imran Khan said.

Pakistan’s relationship with India is probably at its “lowest point”, Prime Minister Imran Khan has said even as he expressed hope that his Indian counterpart Narendra Modi will use his “big mandate” to resolve all differences, including the Kashmir issue.

Imran Khan and PM Modi are in the Kyrgyz capital of Bishkek for the two-day Shanghai Cooperation Organisation (SCO) summit.

In an interview to peter pnews agency Sputnik before heading to Bishkek, Imran Khan said the SCO summit provided him an opportunity to speak to the Indian leadership to improve ties between the two neighbours.

Imran Khan said the SCO summit provided Pakistan a “fresh outlet” to develop its relationship with other countries, including India.

“At the moment, our bilateral relationship with India is, probably, at its lowest point,” he said.

Imran Khan said Pakistan was open for “any kind of mediation” and seeks peace with all its neighbours, especially with India, asserting that the three “small wars” have damaged both the countries that now grapple with the “greatest amount of poverty”.

The Ministry of External Affairs last week said that no bilateral meetings had been planned between PM Modi and Imran Khan on the sidelines of the SCO Summit.

40#*–+
Mr Khan has twice written to Prime Minister Modi, seeking resumption of dialogue on all issues, including on Kashmir.

PM Modi on Thursday raised the issue of cross-border terrorism emanating from Pakistan during his talks with Chinese President Xi Jinping at Bishkek and said India expects “concrete action” by Islamabad to create an atmosphere free of terror for the resumption of dialogue.

Imran Khan said the emphasis should be on peace and resolving differences through dialogue.

“Our main difference with India is Kashmir. And if the heads of two countries resolve, if two governments decide, this issue can be resolved. But, unfortunately, we have not had much success from India so far,” he said.

“But we hope now that the current prime minister has one big mandate, we hope that he will use this mandate to develop better relationship and bring peace in the subcontinent,” Imran Khan said.

“We hope that our tension with India decreases, so we do not have to buy arms because we want to spend money on human development. But, yes, we are looking for arms from Russia, and I know our military is already in touch with the Russian military,” Imran Khan said.

Pakistan has been holding joint military drills with Russia in the last couple of years besides going for defence purchases from it, triggering some concerns in New Delhi. 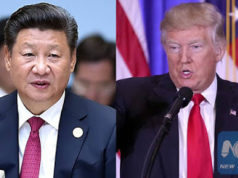 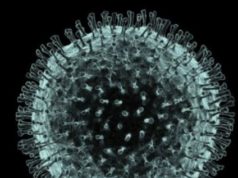 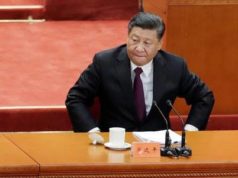