I accomplish what I decide: PM Modi to Pakistan on water threat 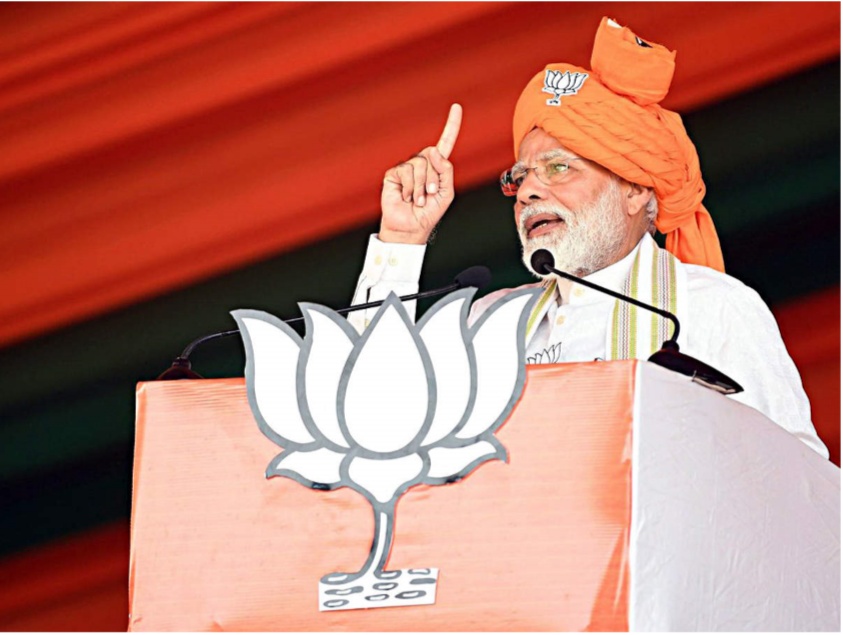 Modi on Friday during a campaign rally in Hisar took a swipe at Pakistan over the issue of water and said that he always accomplishes what he decides to do. Islamabad on Thursday had warned India that any attempt to divert flow of rivers will be considered an act of aggression.

“Ek baar thaan liya, use kar ke hi rehta hoon. Mein Hisar ke bhaiyon aur behanon ko kehta hoon, aap ke haq ka paani ab Pakistan nahin bahega. Aur Modi hai, yeh kar ke rahega. Aur iske liye har zaroori kadam uthane shuru kar diye hai (Once I decide to do something, I always accomplish that. The water over which Haryana farmers have the right will not be allowed to flow to Pakistan now. I am Modi and I will accomplish this. We have started to take necessary steps for this),” he said.

In a direct dig at Pakistan’s response to his statement at an earlier rally in Haryana on stopping water flowing to the neighbouring country, Modi said: “Aur mein paani bolta hoon toh aag wahan lagti hai (I talk of water here and it upsets them there).”

The Prime Minister said that his government would invest Rs 3.5 lakh crore in five years to cater to the need of water for drinking and irrigation purposes.
“I will put maximum emphasis in the next five years on the water under the Jal Jeevan Mission. We are planning to spend Rs 3.5 lakh crore in the next five years so that our mothers and sisters, and farmers don’t have to face the shortage of water. Our effort is to ensure that farmers do not have to rely only on weather,” said Prime Minister Modi, while addressing an election rally in Hisar.

The Prime Minister said that the traditional water system should be revamped in villages and a system should be developed where the household water is recycled and is used for irrigation. “And I’m hopeful that the country will be successful in doing so by 2024,” said Modi.

He addressed two public meetings in Haryana on Friday, first in Gohana in Sonipat district and later in Hisar.

Modi also slammed the opposition parties, saying that its leaders are busy fighting among themselves and cannot give stability to Haryana. “When the
BJP  government in Haryana was taking decisive steps for the development, what was the opposition doing? They could not fight with us. So, they were busy fighting among themselves. They destabilised their parties for self-interest. Can they give stability to Haryana,” asked Modi.

Modi said Hisar was moving towards becoming the aviation centre of the country. “Earlier, people used to demand trains but now a washing yard for aeroplanes has been built in Hisar. The six-lane expressway between Delhi and Hisar has also been approved,” he said.

In his address both in Gohana and Hisar, Modi didn’t forget to remind the public that Monday being a holiday owing to polling, making it an extended weekend, they should not miss the opportunity to exercise their franchise. Referring the number of athletes Sonipat has produced, he said: “This region has made India proud in every field, be it fighting in the wrestling ring or fighting against terrorism. Sonipat means Kisan, Jawan aur Pehlwan.”

Patting chief minister Manohar Lal Khattar’s back, Modi said corruption was rampant during the Congress’ rule. Even in sports, there was corruption. “But it all changed after 2014. Since then the government has taken several steps in the field of sports.”