On 8 May 2018, PLAAF announced that Y-20, the biggest transport aircraft built in China till date,had conducted its first joint airdrop training for the country’s airborne troops.

In 2014 the PLA National Defence University had recommended the purchase of up to 400 Y-20s, after comparing the PLAAF’s needs and comparing the existing airlifter fleets of the United States and Russia..

On 6 July 2016 the first serial Y-20 was handed over to the PLAAF in a ceremony and assigned to the 12th Regiment of the 4th Transport Division at Qionglai, Chengdu in Tibet. The HQ of Chinese Western Theatre Command is located at Chengdu.

When fully fueled and carrying a payload of 51 tons it can fly for 5,200 kilometers, reaching everywhere in Europe and Asia, the US state of Alaska, Australia and North Africa. With its maximum payload, it has a range of 4500km enabling it to fly nonstop from Harbin in Heilongjiang province to Lhasa in the Tibet autonomous region.

A single refueling could double the operational radius of the Y-20. Without refueling, the Y-20 could support paratroop airdrops in all of Indo-China and the South China Sea. With a single out-bound and in-bound refueling, all of South East Asia [save New Guinea] would be within reach of round-trip airborne assault operations. A second refueling [that is, four in all] would bring Australia within reach of Chinese paratroopers.

The aircraft is comparable with Boeing C17 of USA and IL76 MD90A of Russia.Claimed to be primarily designed and developed in China certain parts were developed by the Ukrainian Antonov Design Bureau. American sources claim significant portions of American intellectual property were stolen in the development of the aircraft, allegedly through “cyber crimes” executed by PLA coordinated with an unnamed Chinese expat working in the Canadian aerospace industry.

The project was officially launched in 2006. The Y-20 uses components made of composite materials produced in China, whereas in the past they had to be imported. The Y-20’s cabin incorporates flame-retardant composites.The Y-20 is the first cargo aircraft to use 3D printing technology to speed up its development and to lower its manufacturing cost.

Cargo is loaded through a large aft ramp that accommodates rolling stock. The Y-20 incorporates a rear cargo-loading assembly and heavy-duty retractable landing gear, consists of three rows, with a pair of wheels for each row, totaling six wheels for each side. The shortest take-off distance of Y-20 is 600 to 700 meters. It was reported that the Y-20 started ground testing from December 2012, including runway taxi tests. The aircraft made its maiden flight lasting one hour on January 26, 2013. On 6 February 2016 the Y-20 was flown for the first time. The Y-20 is powered by four 12-ton thrust Soloviev D-30KP-2 engines,[27] and all early production units are likely to be similarly powered. The Chinese intend to replace the D-30 with the 14-ton thrust WS-20, which is required for the Y-20 to achieve its maximum cargo capacity of 66 tons.

All the above, should be ringing alarm bells in India and compel us to develop our strategic airlift capability. Mere 10 xC17s with the 11th on order together with a handful of vintage IL76 D are simply not enough. In case USA wants to be a real friend that we must ask them to sell us another 25 xC17s from their Reserves, so that the IAF has three squadrons of these 75 ton strategic air lifters at the earliest.

Seeing the Chinese capability build up, we need to start designing such an aircraft which may start entering IAF service in 2045. However for today to face the Chinese build up, we need to select the Russian IL76 MD90A which has entered. An order may be placed for a total of 24 aircrafts out of which 12 aircrafts to form one transport squadron, 6×aircrafts as Refueller variant and another 6xaircrafts to be turned into AWACS. Rest 120 aircrafts should me made in India, spread over next 12 to 15 years.

The overall characteristics of IL76 MD90 A are much better than Y20 except that its maximum payload will be 52 tons only. Ilyushin IL-76MD-90A is a new military transport aircraft and not just a modernised version of the IL-76MD.The factory test flight of the first IL-76MD-90A was concluded in January 2013 and concluded in 2014 end.

IL-76MD-90A is developed like the earlier IL76 to transport a range of military equipment, armed personnel, heavy and long size vehicles and cargoes. It is also used in parachuting cargo / troops and other air borne cargo missions.

It has a maximum take-off weight of 210t and can carry a maximum payload of 52t. It can accommodate up to five crew members.

The cargo cabin of the aircraft is designed with a length of 24.5m (with ramp), width of 3.45m, and height of 3.4m. The cargo cabin offers an interior volume of 321m³.Just like the earlier version, it is capable of carrying 126 parachutists or 145 troops in single deck arrangement and 225 troops in double-deck arrangement. It can also be installed with special equipment to carry 114 injured persons.

The aircraft is installed with an Aerial-Delivery System (ADS) for dropping of cargoes, transportation of armed forces cargo containers and pallets, and troop parachutes.

The cargo dropping system aboard the aircraft ensures the dropping of platforms laden with shipments and equipment. The under-ladder devices, roller ways and winches in the cabin allow the loading of cargoes and equipment into the aircraft.

The PS-90A-76 engine on board the IL-76MD-90A aircraft is compliant with latest ICAO requirements for noise and emission levels. An Auxiliary Power Unit (APU) TA-12A is installed onboard the aircraft. 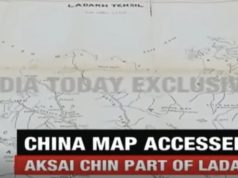