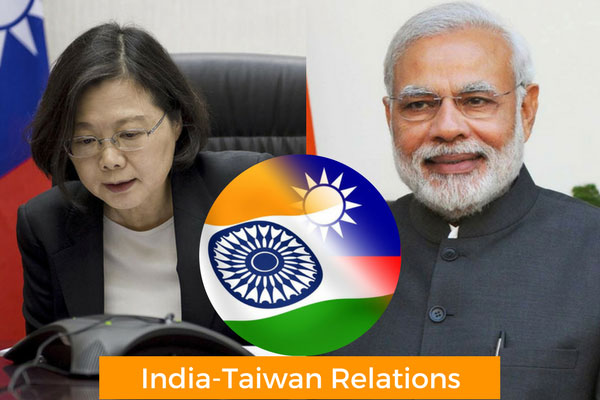 The appointment of an envoy to Taiwan is a significant departure from the erstwhile policy of India known for its risk-aversion and soft-diplomacy, say experts. Until 2010, India had completely endorsed “One China policy”. But this began to change with the growing border face-off between the two countries, and China’s interference in domestic affairs.

According to Prof Rajan Kumar, School of International Studies, JNU, Delhi, “China at one point of time started issuing stapled visa to people from Jammu and Kashmir and Arunachal Pradesh. Recently, China objected to India’s division of Jammu and Kashmir and the creation of Ladakh as a Union Territory to be directly administered by the Centre. This was interpreted as interference in the internal issues of India.”

A few months earlier, Meenakshi Lekhi and Rahul Kaswan had participated in the virtual swearing-in ceremony of Taiwan President Tsai Ing-wen on May 20. All of this are indications of a strategic change in diplomatic position of New Delhi. It has begun to drop the pretence of being polite and is trying to pay China back in the same coins. In the coming months, one is likely to witness renewed diplomatic posturing and assertiveness from both sides. South China has already been on the radars of India. Tibet, Taiwan and Hong Kong may not be very far.

Rajan kumar says “New Delhi must stress that, it cannot endorse a regime which violently suppresses human rights of the minority in the regions which were promised autonomy earlier. Such values have transcendental appeals, and many countries of the West will support that position of India. But this is also a double-edged sword. Beijing may also engage in diplomatic offensives on the issues of Kashmir and Arunachal.”

Sharing his view, Prof Rajesh Rajagopalan, School of International Studies, JNU, says, “It is definitely interesting. This is probably an indication of the irritation that New Delhi feels with China, but at the same time, an extremely cautious move. India, of course, has a form of diplomatic representation with Taiwan, under the mask of a not-fully diplomatic posting.”

“So, on the one hand, this is not anything new. But by suggesting that his is a special appointment, in some way or the other, India is attempting to send a very subtle message. The problem is that this is only likely to suggest to Beijing that India is afraid to do anything of substance, and will limit its action to such fairly limited and ultimately somewhat pointless signals that Beijing will ignore,” Prof Rajagopalan adds.