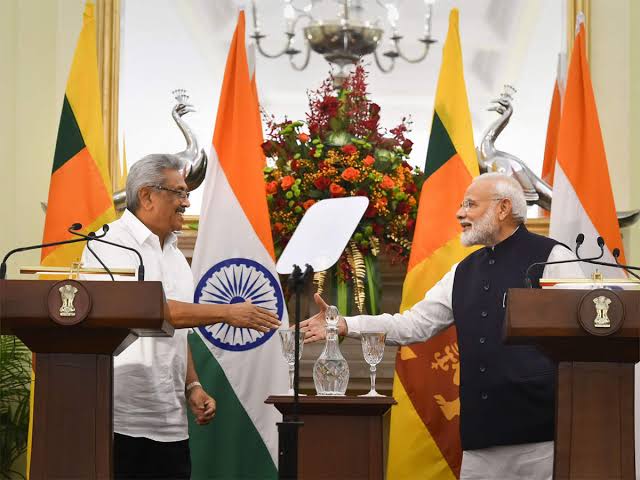 Sri Lanka is presently saddled with billions of dollars of loans of all kinds, mainly because it got trapped in the OBOR initiative of China. However awareness had dawned well in time.

The mounting external debt had become a major worry even before the coronavirus pandemic, but its impact has aggravated the strain on the island’s nation’s economy. The loans are bilateral, multilateral and in the international money market.

This year alone, Sri Lanka is scheduled to repay $ 2.9 billion of its debt, which Colombo is reportedly trying to reschedule with bilateral partners. The main worry is as to how Sri Lanka will repay the non-negotiable $ 1 billion international sovereign bond maturing this October.

While economists and experts have been arguing that Sri Lanka must avoid resorting to further debt in this situation, Colombo appears to have few other options in hand.

Sri Lanka is in talks with the IMF, from whom it sought a rapid financing instrument in April. Following the global pandemic, Beijing has pledged a loan of $ 500 million to help Colombo deal with its immediate impact. Sri Lanka already owes China about $ 5 billion.

Further, upon Sri Lanka’s request the China Development Bank (CDB) on Tuesday entered into a $140 million-facility agreement with the Bank of Ceylon, drawn under two tranches of $ 70 million each to help the State-owned bank cope amid the pandemic.

India is now holding discussions with Sri Lanka, on Sri Lankan debts and its request for currency swap facilities under bilateral and SAARC arrangements, the Indian mission here said on Tuesday.

Prime Minister Rajapaks had earlier sought a moratorium on the debt of 960 million dollars owed to India. However due to Wuhan virus epidemic and the Galwan intrusion, Indian Government was a bit busy. So a mischievous media item tried to fan an impression that with India yet to respond on debt freeze request, Sri Lanka turns to China’ for further assistance.

The request “was under consideration”, officials in the Ministry of External Affairs have now clarified adding that they were waiting to hear from Colombo on possible dates for the virtual talks New Delhi had suggested.

“The matter [Sri Lanka’s requests] had been taken up at the leadership level and has been followed up by senior functionaries bilaterally,” the High Commission’s statement said on Tuesday, adding that India remains fully committed to partner Sri Lanka closely for the latter’s sustained economic recovery and shared prosperity in the post-COVID world. India will extend all help possible and Sri Lanka need not worry about any debt to any Country or IMF.