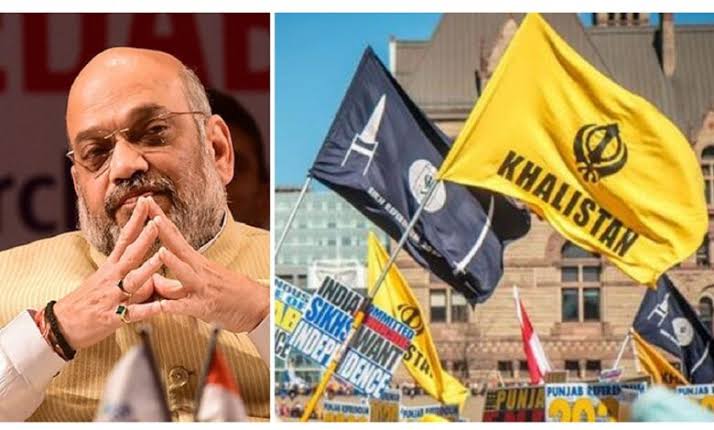 This year Khalistanis have been active especially since they plan to do a so-called “referendum”. Canada with 2nd largest number of Sikh Population after India has been a ground for ISI backed Khalistanis to get support from the diaspora
New Delhi has blacklisted 9 Khalistanis in 5 countries including Canada for being involved in various acts of terrorism from across the border and from foreign soil and trying to revive militancy in Punjab through their anti-national activities and through their support to and involvement in the Khalistan Movement. The home ministry gave a statement a few weeks ago to this effect. Hardeep Singh Nijjar, Canada based Chief of “Khalistan Tiger Force” was among those who have been banned.

India and Canada are now closely cooperating on the issue of Khalistani terrorism and separatism even as fringe elements in the latter have been proactive. The cooperation includes giving classified information on Khalistanis, given the full support Pakistan’s notorious spy agency ISI has been giving to them. India and Canada already have a Framework for Cooperation on Countering Terrorism and Violent Extremism agreed in February of 2018.

This year Khalistanis have been active especially since they plan to do a so-called “referendum”. Canada with 2nd largest number of Sikh Population after India has been a ground for ISI backed Khalistanis to get support from the diaspora.

According to Canada’s global news 2 Canadian Sikhs, Bhagat Singh Brar, and Parvkar Singh Dulai, have been on the country’s no-fly list since 2017 over both being trying to engage in act of terrorism in India. In fact, documents which have been seen by Global news show Brar working with Pakistan’s ISI for a specific attack in 2017 was distributed

The document as quoted by Global News says, Brar was involved in “promoting extremism, including the radicalisation of youth, with the aim of achieving Khalistan independence; and attack planning and facilitation, including weapons procurement, to conduct attacks in India”

This comes even as Indian mission in Canada lodged a strong protest with Canadian TV authority –the Canadian Radio-Television and Telecommunications Commission over Montreal based PTN24 channel broadcasting anti-India commentary and glorification of terrorism.

The developments come even as India has acted on Khalistani social media handles and blocking 40 websites of Sikhs For Justice (SFJ) which is an unlawful organisation under the UAPA,1967.