There was a news item recently, welcomed by nearly all the Armed Forces Veterans regarding the Government of India plans to celebrate at the National Level the second anniversary of the ‘surgical strike’ undertaken by the Indian Army on September 29, 2016.

What was disheartening that this planned celebrations spread over two weeks starting 29 September has been termed as “ Political gimmick “ by certain political adversaries of PM Narendra Modi and a certain section of the Press has called it “ wasteful “.

The Celebrations of the surgical strike anniversary events is something distinct from say the VIJAY DIWAS or the ARMY DAY or say the INFANTRY DAY. This is to celebrate the NATIONAL WILL POWER DAY.

There are various parameters which measure the Power of a Nation. These are geographical size, population size, economic size, availability of natural resources, industrial -technological – scientific prowess, military size and capabilities etc.

The graded values of all these parameters are added to decide the overall National Power and the pecking order at the international level.

However there is one parameter whose values are not added but multiplied to the sum of all other powers and that is POLITICAL WILL POWER. In case the value of this power tends towards zero then the overall NATIONAL POWER also becomes zero.

For a major portion of our existence since 1947, our country has been suffering from deficiency of this POLITICAL WILL POWER. It was briefly displayed in 1947 -48 by Sardar Patel, by Nehru in ‘ 61 during liberation of Goa, then by Shastri during the 1965 Indo Pak War and by Indira Gandhi during the 71 War and the ‘74 Nuclear test and merger of Sikkim in 1975, by Rajiv Gandhi in 1987 when ordering IPKF into Sri Lanka and the Maldives Operations in 1988 and by Vajpayee in 1998 for nuclear weaponisation and later during Kargil Operations.

Therefore the purpose of the surgical strike anniversary is yes related to demonstration of ‘national political will’, one of the most important elements of power.

That the present government will be facing general elections in the coming months is a known thing and if this celebration will help it, then there is nothing wrong with it.

It is indeed this government which in the first place took a calculated risk to demonstrate THE POLITICAL WILL. After all even a war is continuation of politics by other means.

Osama Bin Laden, a spent force, was in hiding in Abbotabad and had become just a symbolic threat. So eliminating him was nothing great militarily.

However OPERATION NEPTUNE SPEAR the raid which wiped him out became a galvanizing factor for not just the American military but the entire American Nation.

Similarly, many raids have been carried out by the Indian Army on the Pakistani Army front lines and some even behind it. However all of these were in the past at the behest of the Commanding Officer of a Unit itself or the local brigade commander.

Even when a clearance was given at higher level, a deniability clause was in built, if things went wrong ie our boys were killed behind the enemy lines or worst taken prisoners.

This was the first time when clearance was given at the highest political level, detailed planning was done at HQ Command level and full support given at GHQ level.

Next what is most important that people at all level were ready to take the blame in case things went wrong. Also for the first India officially announced to the World that the Country’s Armed Forces had indeed carried out a strike behind the Pakistani military lines to destroy terrorist camps and was ready to do so again, if required.

Therefore I really welcome the idea to commemorate the Strike Day with displays not only on the lawns of India Gate in the National Capital city but in all the State Capitals.

Also any one trying to link these celebrations with the forthcoming elections is at the least displaying narrow mindedness.

We need to honour our soldiers, not by mere lip service but periodically by display of such Public Celebrations.

We have been celebrating Vijay Diwas, the 1971 victory, the Kargil Diwas and similar historic events.

Such gestures are periodic reminders to the public of sacrifices made by the brave soldiers and to encourage and motivate the common man.

Therefore to feel exceptionally proud of the surgical strike is certainly called for.

This Strike brilliantly executed by 9 and 4 Para SF is indeed a proud carrying forward of the traditions set by Colonel Megh Singh in Sep1965.

Then at a personal level having been commissioned in 9 and having served there physically for 12 long years, I too can bask in its after glow.

Though way back in 1992, we Team Commanders, after being alerted for a similar thing had kept waiting for the display of Political Spine.

After all the feat is as great, if not more, like the Mandhol Gun Raid in 1971 War under the leadership of Major Chander Malhotra by C Group 9 Para SF or the Capture of Qaid Post in Siachen by Subedar Bana Singh of 8 JAK LI.

In SF people are used to operating in isolation and without seeking publicity, though such public celebrations will certainly provide them with great sense of honour even in anonymity.

While travelling around in Australia, once we had visited a small picturesque town called Gosford near Sydney. 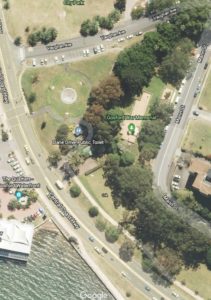 I was totally amazed at the War Memorial in that town,the way it was maintained and the way people placing fresh flowers and getting pictures clicked on a Sunday afternoon.

Most Australian towns have such memorials. Similar was the sight at Kandy in Sri Lanka. 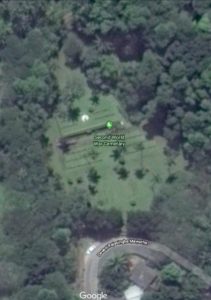 The war cemetery was beautifully maintained and had sites marked with fullest details of all the 30 odd Indians who had died on duty in Sri Lanka during World War 2.

So what is required, besides the war memorial under construction at India Gate, is to have similar memorials (smaller scale) at various places from where soldiers have been martyred or awarded for valour. 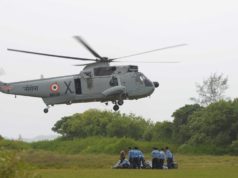 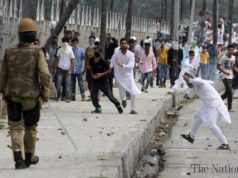