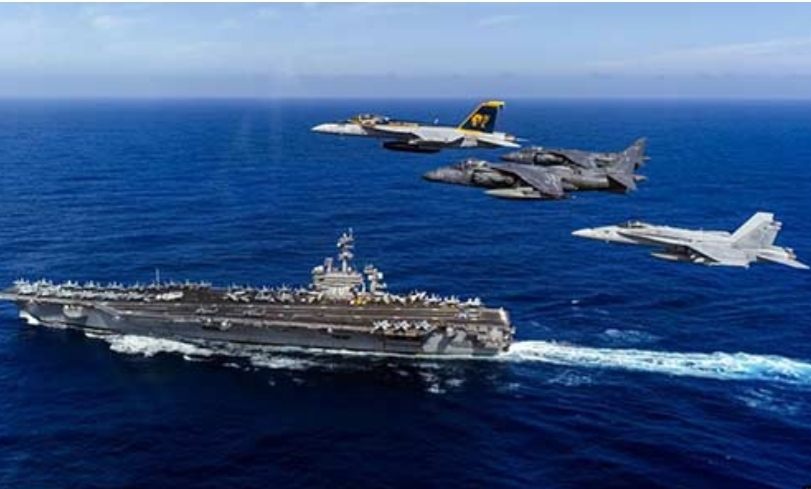 India has a vast Exclusive Economic Zone of nearly 2.87 million sq km, nearly as big as the as the Indian land mass of 3.287 million sq km. The Coast line is around 7500 km in length and there are over 1300 islands too.

As per shri Ajay Kumar, defence secretary, Indians are not even looking at going beyond our own territorial waters. Our fishermen are not trained, they don’t have the craft. And, we don’t have the security umbrella for our fishermen to be going deeper and for tapping resources even in our EEZ. The Defence Secretary said this at a webinar organised by the Manohar Parrikar Institute of Defence Studies and Analysis.

Kumar said that after the South China Sea, the IOR has become “an important theatre for activity” and national security plans need to cater for this. “Maybe it will require naval resources or some air capabilities need to be created to deal with the Indian Ocean. The fact is that security of the IOR has to be addressed,” said the bureaucrat. He added that for developing the blue economy, the 1382 island territories of India need to be integrated as well as they are strategically placed.

Well as the defence secretary, he should have said that the MoD will ensure that Navy and the Coast Guard work out the requirement at the earliest and MoD will then push the case for providing the necessary security.

Navy definitely requires two squadrons of Amphibious crafts, one for the Andaman & Nicobar Command and one to be placed with the Eastern Naval Command. We already have one squadron with A& N. In next few years, 8 x LCU, 4x LST ( 3000 t ), 3x LST ( 8000t ) and 1xLHPD should be built and placed at Chennai. The purpose of these two squadrons for operations is well known. However during peace time both these squadrons can do extensive patrolling of our EEZ on the Eastern Board. They will also provide full security to our fishermen in the EEZ against attacks from any intruders from nearby or far off.

The utility of such ships have got highlighted during the recent evacuation of Indians from Maldives and Gulf countries. In case of natural disastours anywhere in Asia, the Amphibious Squadrons will provide the first and fastest response.

Similarly, the much needed Mine Sweeper Squadron once raised can be based at Tuticorin and together with a Missile Boat Squadron can patrol the Southern Sea Board extensively, all the while keeping an eye on all the commercial activities of the Chinese in Sri Lanka and Maldives.

However the first requirement is to provide full protection to our fishermen off the Bhuj Coast by creating a strong forward operating base at Jakhau. Pakistani Navy and other agencies of theirs have been heaping untold miseries on our fishermen in this area. This must be stopped forthwith.

As it is after the South China Sea, the Chinese are eyeing the Indian Ocean Region as their new focus of activity. Though they will be very careful so as not to challenge the Indian Navy in any way, as evident from Maldives crisis, still India needs to augment its coastal and EEZ security so that the blue economy involving fishing, mineral and energy exploration can be protected and supported.

Giving the example of China, shri Ajay said that while the neighbouring nation has become a world leader when it comes to deep sea fishing, the Indian side remains confined to coastal areas and is not even fully exploiting the Exclusive Economic Zone and there is a lack of security apparatus to support it.

There has been increasing concern over the past few years on the upswing in Chinese activity in the Indian Ocean Region. Besides creation of infrastructure in nations like Sri Lanka and Bangladesh, China has activated its first overseas base in Djibouti and has been conducting regular patrols in the region.

Chinese movement includes nuclear submarine patrols and frequent port visits to Pakistan as well. However once the Chinese move their Carrier Battle Group for the first port in IOR, it will be time for INS VIKRANT too to make a port call to Vietnam, Philippines, Japan, Australia, New Zealand, Indonesia, Malaysia, Thailand and Singapore.