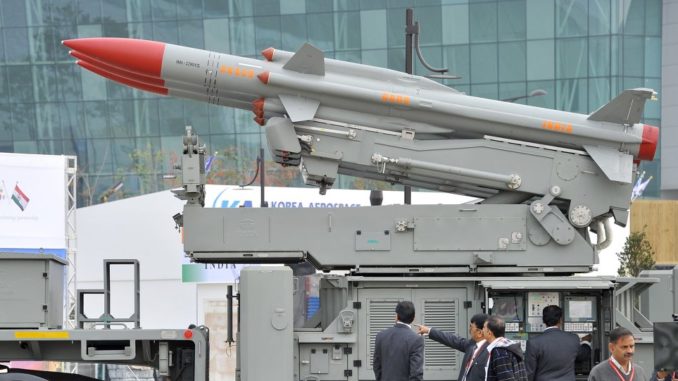 India has exported many things related to armaments but the biggest increase has been at the component level. As for the defence equipment that are being produced, it includes warships, fighter jets, helicopters, trainer aircraft that too with the latest technology in manufacturing. We are continuously making efforts to use the latest technology for the productions and also to increase capacity.

India has exported Rs 11,000-crore worth armaments in 2018-19 to various friendly nations, including the US and those in the Middle-East, South Asia and Africa, Secretary of the Department of Defence Production Ajay Kumar told a news agency.

Interestingly, these equipment are being purchased by some of the world’s largest OEMs (original equipment manufacturers), indicating India’s capability and quality of the material being produced.

Many of the global OEMs we are exporting to are US-listed. We are also exporting to South Asia, Africa and have also received requirements from countries in central Asia.

Last month, Defence Research and Development Organisation (DRDO) chief Satheesh Reddy had also made remarks on the same line, saying India will not need critical technologies from abroad and will become self-reliant in defence manufacturing in the coming five years. DRDO is already self-reliant in areas of missiles, radars, sonars and torpedoes and many other systems, he added.

As for one of the ambitious defence projects, the DRDO is currently working on Advanced Medium Combat Aircraft (AMCA) project that will give India its first fifth-generation stealth fighter jet. HAL Light Combat Helicopter being developed by HAL is also reportedly ready for induction.