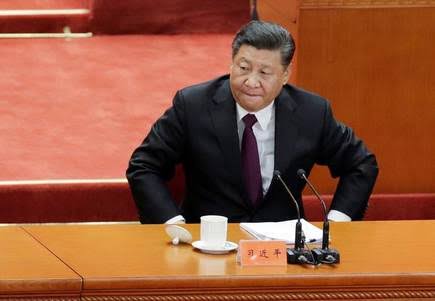 China in total disregard of various bilateral interactions ordered its PLA to cross the LAC in Ladhak and attack 16 BIHAR. Twenty Indian soldiers were killed including the Commanding Officer. Though the PLA too lost over 40 soldiers. Now apart from taking appropriate action to strengthen the infrastrcture and augment the strength, India has taken action to disengage economically from China in a phased manner. India has totally rejected the idea of joining the Regional Comprehensive Economic Partnership because of Chinese trade policies.

Indian experts now also have suggested that India should re visit its one-China Policy, arbitrarily imposed by Nehru. A few Indian experts, including former Indian deputy national security adviser Arvind Gupta, raised the idea that India should even support the democratic movement in Hong Kong. In fact one should go further and support the suppressed people of entire China in their struggle to establish democracy in their country.

India has already started increasing its economic and technological relations with Taiwan. A new ambassador has been appointed to Taiwan. As a next step there is need to upgrade economic and cultural ties between not only India and Taiwan but with entire SAARC and BIMSTEC countries.

It was only Nehru who had advocated and recognized the one-China theory as early as 1950 when the two countries established diplomatic relations. It wax not accepted by the Indians and never ratified by the Indian Parliament. Chinese Communist Party took full advantage of this. Now time has come for India to re visit this one-China theory.

China has not only forcibly occupied Tibet a country comprising most peace loving people on earth but also occupied areS of Mansarovar and Mount Kailash, the holiest of land of Hindus since atleast last 7 thousand years. In fact time has also come to recognize the Tibetan Government in exile and provide them moral support in their fight for attaining freedom for their country.

The one-China theory is now being widely challanged by the international community and many countries have started planning to establish diplomatic relations with Taiwan. No one should be surprised in case a few establish diplomatic relationship with Tibetan Govt in Exile too. Indian experts are suggesting that enough is enough and grabbing of Indian territory by China since 1951 must be stopped. Their blatant construction of CPEC in occupied Gilgit Baltistan in spite of Indian protest, China has to be challenged and paid back. They have underestimated India’s resolve to maintain its Sovereignty and territorial integrity. They want to jeopardize India’s core interests, but want that India should support their one china policy.

With India’s rapid economic rise, China has become both envious and suspicions. Instead they need to sit with India and have a candid dialogue to deepen mutual understanding and as a first step negotiate and mark the Indo Tibetan Border.