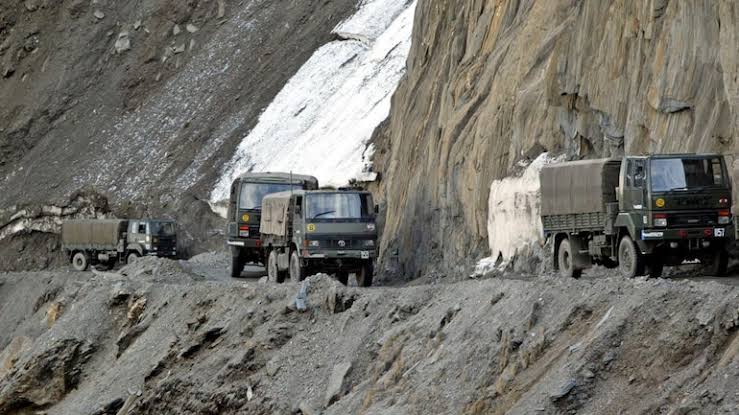 India is gearing up to become a self-reliant country with maximum goods and manufacturing being done indigenously, as part of AtmaNirbhar her at. India is also working towards creating a big, in-house niche defense industry that while catering to the nation’s need will also export to other countries and earn a good amount of foreign exchange and leverage to help grow the national GDP.

The world has long realized that the quality of Chinese goods and machinery are never up to the mark. There are huge deficiency in the quality, durability, and overall performance of machines and goods manufactured in that country.

China has become the global manufacturing hub, mostly on account of its low-cost labor rather than any real qualitative or technological edge. However, new revelations regarding the trouble being faced by countries who have imported Chinese military equipment should really come as an eye-opener.

Recent reports have poured in from various parts of the world about countries being unhappy with the faulty Chinese military equipment, dumped by China under the garb of varied commercial defense deals with them.

Kenya that bought Chinese VN-4 Armoured Personnel Carriers (APC) reportedly had a number of mechanical defects, leading to the unfortunate death of some Kenyan army men while trying out a test firing.

In Asia, Nepal bought six China-made Y12e and MA60 aircraft for its civil aviation sector. Interestingly, all such planes showed mechanical and operational defects and it was forced to put them in hanger lying unused for many months now.

Bangladesh, a country that is now getting extra attention from Xi Jinping in the aftermath of tensions with India, bought two 1970s Ming Class Type 035G submarines at a cost of US$ 100 million each, from China in 2017.

Myanmar which has close politico-military relations with China too has expressed its displeasure on Chinese military equipment it has received. Its acceptance of the Indian naval submarine Sindhuvir, against Chinese wishes, should be seen in this larger context.

And not to forget the closest lackey of China, Pakistan. It too has not escaped the Chinese machinations in terms of its commercial perfidy. The Pakistan Navy got refurbished Chinese frigates F22P but reportedly they have remained plagued with technical hitches.

Its army secured LY-80 LOMADS mobile missile systems from China but some of them have remained non-functional due to technical issues. Even in the civilian domain, the much-touted Lahore Metro Bus service that started in August this year, by a Chinese company, got technical glitches and issues like overheating of engines led to the suspension of its services for a few weeks.

When that happens, it will be replicating the example of the Indian space sector led by ISRO that has not only become a big global space power but also is earning a lot of money by commercially launching satellites of many other countries.

Probably, a right thrust had been initiated when ISRO involved a number of big and small native companies in its space applications and development program. A separate commercial wing of ISRO Antrix has evolved to promote and market its products/services to global customers.

Following that example, recently the Indian government too has opened up the defense sector for private enterprises (wherein for many decades allowing private sector was a big taboo) for making different military equipment, machinery, vehicles by creating a new and innovation-driven defense policy.

Some of the very reputed Indian conglomerates who already are contributing to the hugely lucrative national defense manufacturing worth US $620 billion, are TATA, Mahindra & Mahindra, L&T, Hero Group, Bharat Forge besides, PSUs like HAL, BEL, BHEL, and a few start-ups.

There is no doubt that Indian companies, both the private sector as well as PSUs have much higher qualitative standards as against the Chinese companies. It is evident in the huge spurt in Indian armament exports recorded in recent years, a spectacular 700% growth from Rs 1,521 crore in 2016-17 to Rs 10,745 crore in 2018-19.

Though currently, major importers of Indian military hardware are Myanmar, Sri Lanka, and Mauritius, and a deft in diplomatic maneuvering and marketing could make the country securing important military contracts to nations like Vietnam, Mongolia, Philippines, Brazil, countries in Central Asia, and of course, many in Africa too.

That in turn, might also lead to greater political and diplomatic leverage for India in the global arena, helping it to secure its rightful place in the comity of nations.