Indian Navy to get new carrier-based jet by 2032, to replace MiG-29K 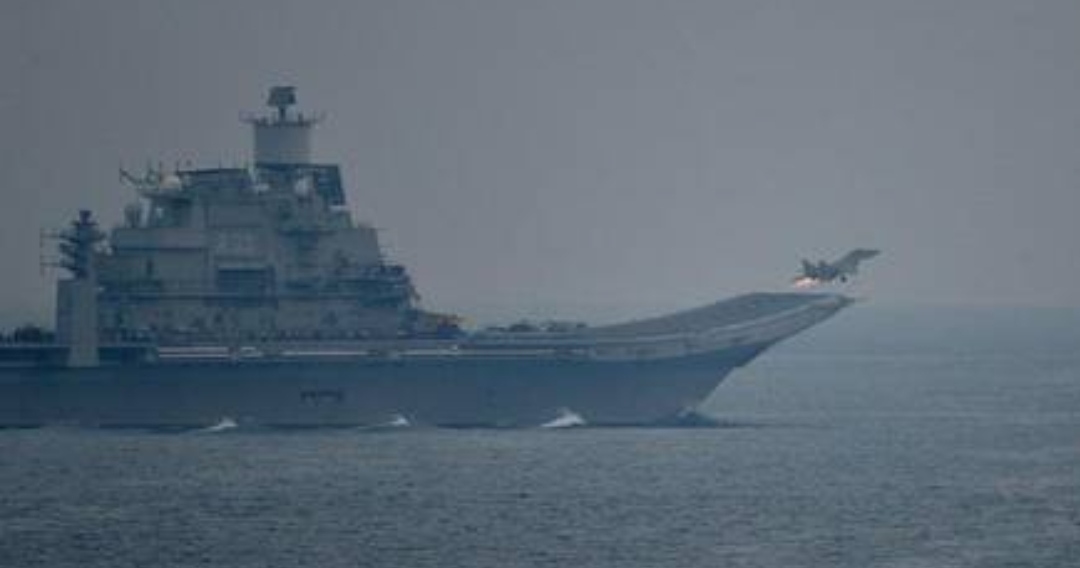 To the sunset: MiG 29K taking off from aircraft carrier INS Vikramaditya.

The Navy is expected to start receiving new twin-engine aircraft carrier-based fighter aircraft being developed by the Defence Research and Development Organisation (DRDO) by 2032 and it will be a replacement for the Russian MiG-29K carrier jets in service, a defence source said.

“The Navy is expected to get the Hindustan Aeronautics Ltd. (HAL)-built twin-engine carrier aircraft by 2032. It will replace the MiG-29Ks in service which are scheduled to start going out by 2034,” the source said.

The Navy currently operates Russian-origin carrier INS Vikramaditya and expects to have the first Indigenous Aircraft Carrier (IAC-I) Vikrant operational by 2022. With a second carrier to come in, the Navy is already evaluating a global tender for 57 carrier-based twin-engine fighter aircraft.

With the new jet under development and also factoring in budgetary constraints, the Navy is looking to revise the tender for 57 carrier-based jets downwards. The revised numbers have not been finalised yet, the source stated.

Last January, the naval Light Combat Aircraft (LCA) successfully completed arrested landing and take-off on board Vikramaditya and has since undertaken several trials.

Based on the experience of the carrier landing, the DRDO has offered to develop a twin-engine deck-based fighter for the Navy. With the successful deck-landing, they decided to drop the naval LCA Mk2 and move on to the twin-engine jet, the source said.

The new jet being developed by DRDO should be ready by 2026, Navy Chief Admiral Karambir Singh stated last December. The design specifications have since been finalised.

The Navy currently has 45 Russian MiG-29K aircraft and its officials had stated that there will not be enough aircraft to operate from both carriers.

The Navy is currently evaluating the responses to the Request For Information (RFI) from Boeing with its F-18 Super Hornet and Dassault Aviation with its Rafale jets. Both companies had stated that their jets can operate off the ski-jump of Vikramaditya and in future the Vikrant.

In fact, an Indian Navy team was to visit the US Naval Air Station in Maryland to witness a demonstration by Boeing on the compatibility of its F-18 Super Hornet of taking off and landing from the decks of Indian aircraft carriers. However, the visit got delayed due to the COVID-19 outbreak.