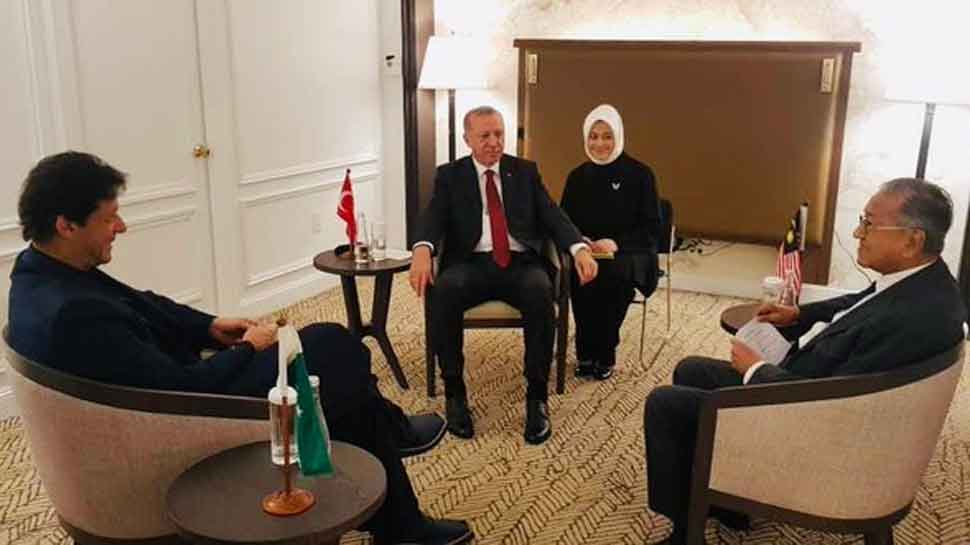 Pakistan, Turkey and Malaysia, all of which has ‘problematic human rights records when it comes to minorities, including Islamic minorities, and one of which has threatened to invade foreign countries’, have united to push for a television channel to fight for ‘Islamophobia’, said a comment piece in an Israeli-based state-run website..

“A leader of a country that has the death penalty for blasphemy, a leader who says he is a proud antisemite and a leader who threatens to invade foreign countries have united to push for a TV channel that will fight Islamophobia,” read the article published on Jpost.com said.

“It’s unclear when he says our great religion if he means including other Muslim groups, such as Shi’ites or Ahmadis, both of which are routinely the victims of attacks in Pakistan. Khan again tweeted about his meeting on September 30, claiming that this channel would be a BBC type,” read the article.

“However some have pointed out that the BBC has criticism, whereas it doesn’t seem this channel will have critique or varying opinions, rather it will be more like Al-Jazeera, RT or TRT, channels that tend to push progressive ideas abroad while being more nationalist, far-Right or conservative at home,” it added.

The article further added that Malaysian Prime Minister Mahathir Mohamad has perfected the art of supporting antisemitism as ‘free speech’ abroad while claiming ‘Islamophobia’ should be stopped.

It also said that Turkey invaded part of northern Syria, leading to lakhs of Kurdish Muslims to be displaced in Afrin and yet it is keen on highlighting ‘Muslim’ issues on an English channel.

“One of the issues facing Turkey, Pakistan and Malaysia is that all of them have problematic human rights records when it comes to minorities, including Islamic minorities,” the piece read further.

Pakistan Prime Minister Imran Khan, who recently adressed the 74th session of United Nations General Assembly, announced that he would join hands with Malaysia and Turkey to launch a new English language Islamic television channel to correct the misperceptions about Islam.

As per Imran, the main objective of the channel will be to confront the challenges including Islamophobia faced by Muslims across the world.

On Twitter, Khan shared a picture of his meeting on the sidelines of the UN General Assembly in New York last week with Turkish President Recep Tayyip Erdogan and his Malaysian counterpart Mahathir Mohamad in which the three leaders decided to set up the TV channel, The News International reported.

“President Erdogan, PM Mahatir and myself had a meeting today in which we decided our 3 countries would jointly start an English language channel dedicated to confronting the challenges posed by Islamophobia and setting the record straight on our great religion – Islam,” Imran shared a post, a day after he addressed a session at UNGA.

Imran said that there was a need to address both the issues and consequences of these phenomena. Under the joint venture by the three countries, series and films would be produced so that the Muslims and the world at large could be educated on the Islamic history.