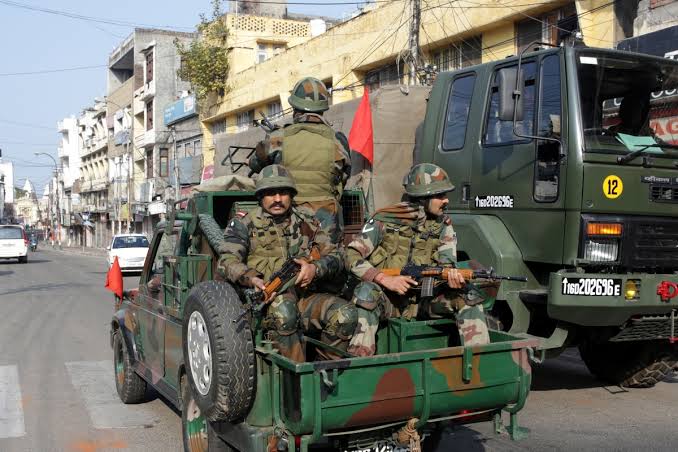 • Vimarsh Aryan, a diplomat of the 2011 batch of the IFS, was chosen to respond to Pakistan’s Shah Mehmood Qureshi’s statement alleging human rights abuses in Kashmir.

• Cornering Pakistan on its treatment of minorities, Aryan said that Pakistan’s rhetoric will not distract international attention from its persecution and elimination of religious and ethnic minorities

Having been the regional passport officer in Jammu and private secretary to former minister of state for external affairs V.K. Singh, Indian foreign service officer Vimarsh Aryan is used to dealing with pressure.

So, when he was chosen to respond to Pakistan foreign minister Shah Mehmood Qureshi’s statement alleging human rights abuses in Kashmir—which made India the centre of media attention—was not an unnerving challenge for the young diplomat, said those who know him.

When Qureshi demanded that the UN Human Rights Council (UNHRC) in Geneva set up a commission to inquire into what it termed as instances of “Indian brutality” and “gross violations of human rights” in Jammu and Kashmir since the revocation of the special status granted to the region, New Delhi decided that India’s response would be delivered by Aryan.

“For the last six weeks, India has transformed Occupied Jammu and Kashmir into the largest prison on this planet,” Qureshi said, accusing India of having arrested more than 6,000 people without due process.

“India’s draconian emergency laws cannot be allowed to stand,” Qureshi said referring to the restrictions put in place by India just days ahead of the 5-6 August move to revoke the special status of Kashmir.

It exposed the “true face of the largest democracy in the world” which had aspirations of becoming a permanent member of the UN Security Council, he added.

In this situation, “who better to respond to Qureshi than a Kashmiri diplomat” who knows the issues on the ground, said a person familiar with the developments in New Delhi.

Aryan, a diplomat of the 2011 batch of the Indian Foreign Service, hails from Kishtwar in the Jammu region. He did his schooling from Sainik School in Nagrota and later completed his mechanical engineering degree from the National Institute of Technology in Srinagar. Before joining the civil services in 2011, he had briefly worked for the Jammu and Kashmir government. The Arabic speaker’s first posting was Jordan.

In a carefully constructed response, Aryan demolished the Pakistani narrative by dismissing Qureshi’s statements as “an ill-disguised effort to advance its territorial ambitions”. “Pakistan realises that our recent decision cuts the very ground from under its feet by creating obstacles in its continuing sponsorship of cross-border terrorism against India,” Aryan said.

Cornering Pakistan on its treatment of minorities, Aryan said: “Pakistan’s rhetoric will not distract international attention from Pakistan’s persecution and elimination of religious and ethnic minorities—be it the Christians, Sikhs, Shias, Ahmadiyas and Hindus. This is the reason that Pakistan no longer publishes official statistics about its minorities as India does.”

“It defies credibility that Pakistan, which is the epicentre of global terrorism, is claiming to speak on behalf of unnamed countries on the issue of human rights. It forgets that terrorism is the worst form of human rights abuse,” was Aryan’s parting shot.