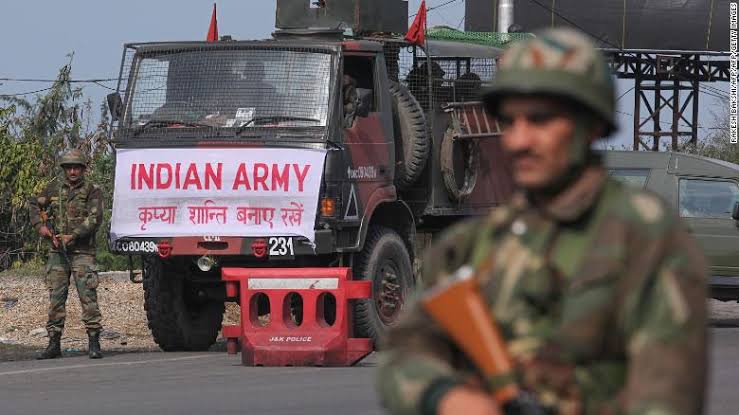 The economic policies in the illegally occupied regions of PoK and Gilgit Baltistan are decided according to the whims and fancies of Islamabad. So with the bleak economic conditions being faced by Pakistan due to policy paralysis these illegally occupied regions have to pay more. A sudden escalation in the prices is just one aspect of the exploitative actions of Pakistan.

Pakistan’s consumer price inflation rose to 9.41 per cent in March, marking the highest in past five years. The cash-strapped country has recently received the 13th bailout package from the International Monetary Fund worth USD six billion. While Pakistan has been witnessing economic challenges in recent days owing to its incompetent policies, this occupied region, which is already marginalised, has borne the major brunt of unfair taxes and high inflation.

The Kasmiris People in Pakistan occupied Kashmir (PoK) are facing immense difficulties due to the consistent increase in inflation rates and heavy pay taxes implemented by Islamabad for benefits that residents here never enjoy. Locals of this region have accused the establishment and Prime Minister Imran Khan of being apathetic towards their plight and making tall claims of bringing prosperity. They allege that Pakistan has actually done nothing for the welfare of the region except feed upon them.

“Imran Khan has changed the lives of people for worse at the pretext of transforming Pakistan. Heavy taxes have been imposed. Now, how will a person earning a meagre amount of Rs 500 per day, manage his living? How will poor people survive?” Muman Muneer, a miffed rickshaw puller in Muzaffarabad said on the current financial crunch in PoK.

“The rich government officials can bear this but not us. We are dependent on our daily earnings. We just want to say if Pakistan wants our welfare then it should do something and stop exploiting the common people,” Muneer added.

A sharp rise in the fuel, food and transportation costs has severely hit the domestic budgets of people in the region. Kashmiris who left their homes for green pastures away from towns and cities are now returning home after a drastic reduction in their income.

Mohammad Salman, a young pendant seller said, “Everything has become expensive. Earlier, I would save Rs. 500 per month but now my monthly saving has reduced to Rs.300. Imran Khan has made everything costlier. The room rent is expensive. The food has become has expensive. There is no point in living here.”

There has been no progress when it comes to employment and development of the region however the people continue to be subjected to hardships.

Another local in the region said, “Inflation has reached where it is impossible for the common man to survive. You can observe it for yourself. The petrol prices, which would hover around Rs. 90, have gone beyond Rs 160. A packet of flour used to cost us Rs 900 earlier but it is for Rs 1,100 now. The price of sugar has skyrocketed from Rs. 60 per kg to Rs 120 per kg.