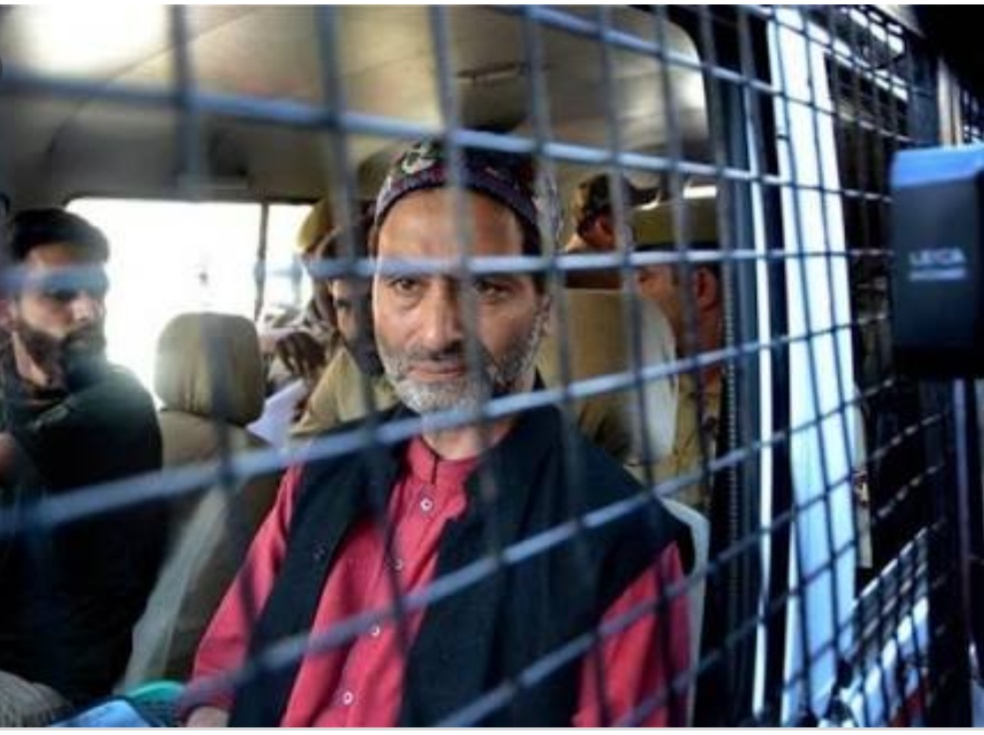 The National Investigation Agency (NIA) registered a case on May 30, 2017, against separatist and secessionist leaders, including unknown members of the Hurriyat Conference, who have been acting in connivance with active terrorists of proscribed terrorist organisations Hizbul Mujahideen, Dukhtaran-e-Millat, Lashkar-e-Taiba (LeT) and other gangs.

The case was registered for raising, receiving and collecting funds through various illegal means, including Hawala transactions, for funding separatist and terrorist activities in J&K and for causing disruption in the Valley by way of pelting stones on the security forces and at times even on the Army, burning schools, damaging public property and waging war against India, the probe agency said in the FIR.

The agencies have also named Yasin Malik as one of the accused in this case. Mallik is currently lodged at the Tihar jail.

It may be recalled that recently the IAF has approved the name of Squadron Leader Ravi Khanna who was killed by Malik in 1990 to be on the War Memorial.

For Yasin, Malik life has come a full circle. One of the most notorious separatists/terrorist, he got away scot-free with a number of crimes over the years.

Malik has without a doubt been one of the notorious players in Kashmir. His cases date back to several decades back and over the years, he has successfully dodged the law, while continuing to propagate in favour of Pakistan.

The cases against him are not ordinary. They range from acts of terror, causing unrest. In fact, a 30-year-old case, in which he was accused of killing Indian Air Force Officials was also re-opened.

His name has cropped up in terror funding cases since 1995. Moreover, he is also an accused in the abduction of Mehbooba Mufti’s sister.

Malik, whose organisation JKLF was banned by the Centre, is also facing two CBI cases. These relate to the kidnapping of Rubaiya Saeed, daughter of then Union home minister Mufti Mohammed Sayeed, in 1989, and the killing of four IAF personnel in 1990.

Yasin Malik and ten others were charge-sheeted by the Central Bureau of Investigation (CBI) under the Terrorist and Disruptive Act. The CBI named Yasin Malik as the main accused in both these cases.

He had been on the run for 29 years and is part of the banned outfit, Jammu Kashmir Liberation Front. Nalka was among the first terrorists to have received arms training in Pakistan.

Hafiz Saeed, the Pakistan-based chief of the Jamaat-ud-Dawa, the front for the banned LeT, has also been named as an accused in the FIR.

The CBI moved the J&K high court seeking vacation of the stay and also shifting of the proceedings to Jammu. In 2009, the Srinagar bench had granted an interim stay of the trial before the special anti-terror court.

The JKLF is also responsible for illegal funnelling of funds for fomenting terrorism. The JKLF is actively involved in raising of funds and its distribution to Hurriyat cadres and stone-pelters to fuel unrest in Kashmir Valley as well as for subversive activities.

The organisation was also involved in the kidnapping and killing of Ravindra Mhatre, an Indian diplomat posted the UK, in 1984. A week later, India executed Maqbool Bhat, a JKLF activist, who had been sentenced to death.