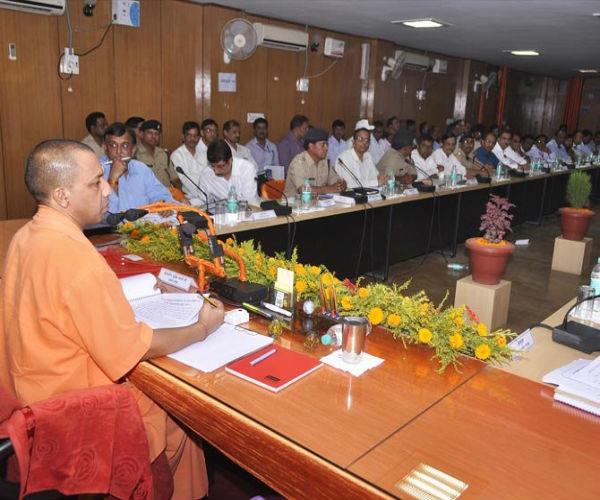 After presenting the recent State Budget for 20-21 budget, Chief Minister Yogi Adityanath said that the Defence Corridor project would serve as a springboard for the state turning into a $1-trillion economy by 2024. As planned he government would soon create a land bank of 25,000 acres to facilitate setting up of industries on the corridor. The CM said “UP’s aim is to become a net exporter; even if half of the MoUs that were signed at the DefExpo are realised, we will be able to generate employment for 2.5 lakh people.”

With the Uttar Pradesh government starting to acquire land at four nodes, the UP-Defence Corridor (UPDC) project has taken off. Announced by Prime Minister Narendra Modi at the UP Investors Summit in February 2018, the infrastructure corridor is estimated to attract investments of Rs 20,000 crore in the underdeveloped Bundelkhand region and create employment for 2.5 lakh people.

Lucknow, Jhansi, Chitrakoot, Aligarh, Kanpur and Agra were proposed as the six nodes of the defence corridor project, the interest it has evoked saw the UP government notify another three nodes for investment: Meerut, Ghaziabad and Gautam Buddha Nagar. The project is first being implemented in Bundelkhand given the availability of cheap land and the existence of a strong ancillary base in the region. It is one of the two defence corridors being built to meet the modernisation needs of the Indian armed forces, with the second one coming up in Tamil Nadu.

According to Awanish Kumar Awasthi, Additional Chief Secretary & CEO, Uttar Pradesh Expressways Industrial Development Authority (UPEIDA), the nodal agency for the defence corridor, land for the flagship project is being acquired in two phases. Almost 3,788 hectares of land is to be acquired across 4 nodes as part of Phase I, out of which over 1,455 hectares has been identified in Jhansi, Kanpur, Chitrakoot and Aligarh. Of this, around 1,200 hectares has already been acquired, mainly in Jhansi, Aligarh and Chitrakoot.

“It would promote indigenisation and support the Make in India initiative, helping meet equipment requirements worth over $250 billion by 2025. It would also promote ancillarisation and development of MSMEs for the Aerospace & Defence (A&D) sector, making UP a preferred destination for the purpose and boosting India’s defence exports,” says a UPEIDA official.

At the recently concluded DefExpo 2020 in Lucknow, 23 companies signed MoUs worth Rs 50,000 crore with the state government for investment in the defence corridor. At the event, Ancor Research Labs became the first investor in the corridor, being allotted 25 acres of land in the Aligarh node to create high-end defence testing facilities and manufacture defence grade communication systems.

Among the investment avenues on the corridor are defence parks at Jhansi, Agra, and Kanpur; aerospace parks at Lucknow, Kanpur, and Agra; leather and textile hubs at Agra; and engineering/electronics manufacturing hubs at Agra, Kanpur, Gautam Buddha Nagar and Ghaziabad. To attract investors, the UP government has offered major incentives in its Defence & Aerospace Policy 2018, including reimbursement of 25% of land cost, transportation subsidy, and reimbursement of 75% of the cost of technology transfer to anchor units. It has roped in IIT-BHU and IIT-Kanpur as knowledge partners to conduct research and help train manpower for industrial units in the defence sector.