Look At The Pak Army : Tail Tucked In Though Still Trying To Act Like Gama 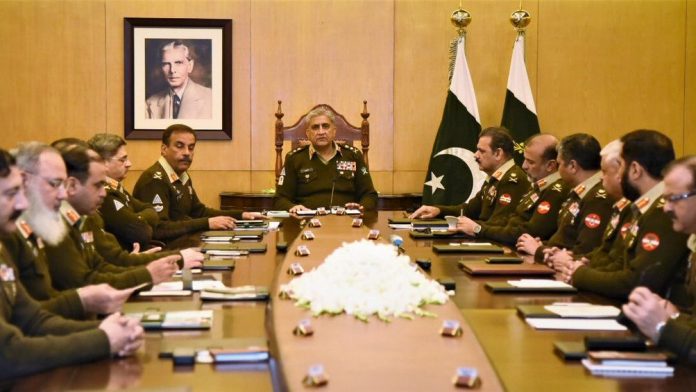 Pakistan’s army chief General Qamar Javed Bajwa, is a very brave man indeed. His PM has been running around, for monetary loans all over the World with virtually a begging bowl, but the Chief has not let gone his bravado.

Reacting to Indian action on the reorganization of the Indian State of J&K, he said on that the country’s military would “go to any extent” to support people (separatists) in the Kashmir region.

The Pakistan Army is unable to contain terrorists such as Hafeez Saeed operating inside Pakistan to meet the conditions laid down by the IMF but is all set to fan terrorism in Kashmir. He thinks that he still has the capability to take on an Army four times the size if his Army.

“Pakistan Army firmly stands by the Kashmiris in their just struggle to the very end,” said General Qamar Javed Bajwa after meeting with top commanders in Rawalpindi. “We are prepared and shall go to any extent to fulfil our obligations in this regard,” he added, without elaborating further.

All this, in spite of knowing that what happened to Yaha Khan when made the mistake of openly Challenging the Indian Army in 1971. He lost half his country. This time how much is Bajwa willing to give up?