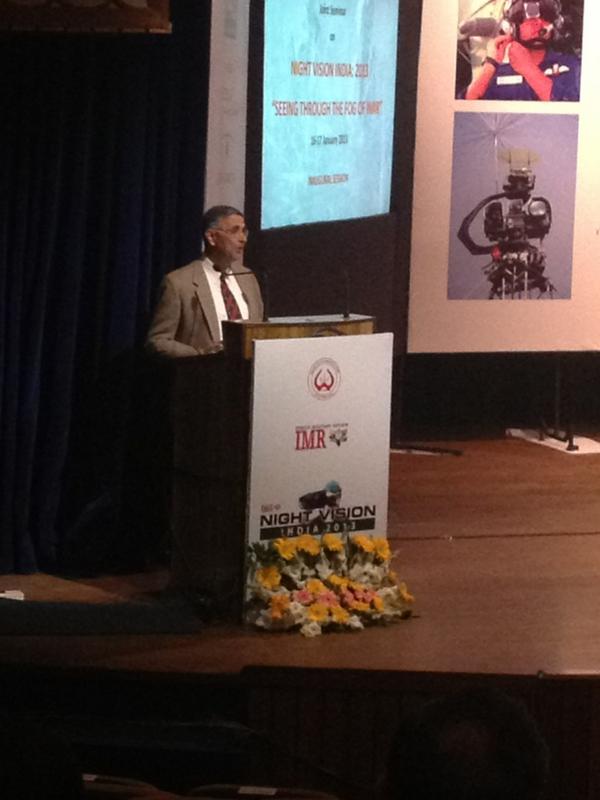 Addressing a Special Group appointed by then – PM Atal Bihari Vajpayee in April 2003, Nanavatty forcefully presented his case to them days before he retired.

Lieutenant General Rustom Kaikhusro Nanavatty took over as Army Commander of Northern Command in 2001 at a time when insurgency and proxy war in Jammu and Kashmir had begun to show signs of revival following a hiatus of 18 months of relative inactivity after the Kargil conflict.

General Pervez Musharraf was on the prowl again, this time in the garb of a statesman as Pakistan’s President, looking to get even with India after Kargil as he attempted to reignite the covert war.

But he came out second best against a resolute Indian Army. Concurrent with his relentless targeting of jihadi and militant leadership in the Kashmir Valley and adjoining regions of the Kishtwar and Doda regions; planning for limited offensive operations against the Pakistan military; and securing the Line of Control in defensive operations – Nanavatty was also deeply committed to peace in Jammu and Kashmir. 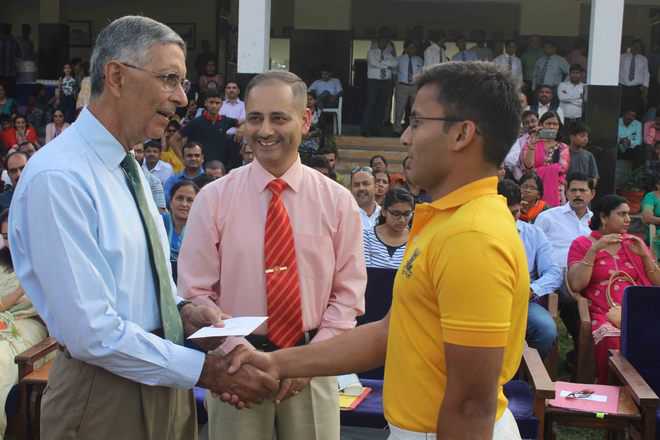 While I am certain that other Northern Army Commanders have suggested a roadmap for conflict resolution, the clarity, constancy, boldness and contemporary relevance of Nanavatty’s arguments as enunciated in a strategy document titled Jammu and Kashmir (J&K): Strategy for Conflict Resolution (2003) almost seem prophetic 15 years later.

Commenting on the Narendra Modi government’s politically risky steps in trying to break the cycle of chaos in Kashmir by splitting the state into two Union Territories and abrogating Articles 370 and 35A of the Indian constitution that accorded special status to J&K, Nanavatty, in a telephonic conversation with the author on 11 August, said: ‘It is a bold step, and needs all the support.’

On the origins of his J&K document, Nanavatty said:

‘I started badgering Paddy (General Padmanabhan, the Chief of Army Staff) towards the end of 2001 that it was high time we put together a strategy document for the resolution of conflict in J&K considering that the Indian Army had had a ringside view of events in their present texture for almost two decades. I told him that I wanted to include all aspects of what I then considered as a Whole of Government Approach. Paddy relented saying ‘go ahead, but be brief and no recrimination or accusations.’

Despite the distractions of the Parliament attack of December 2001 and the ensuing military build-up during Operation Parakram, Nanavatty and his team submitted the strategy document to Army headquarters, and later sent copies of it to many senior government functionaries like then-Home Minister L.K. Advani, Home Secretary N.N. Vohra, and Foreign Minister Jaswant Singh.

Except for Jaswant Singh, who took time off to discuss the strategy document with Nanavatty, there was little interest in other quarters. Reflecting on his interactions with then-Jammu and Kashmir Chief Minister Farooq Abdullah, Nanavatty realised that he was no more than an opportunistic politician who wore his patriotism on his sleeve without being serious about dealing with the core issues.

Trying his best to simplify issues for Farooq Abdullah, Nanavatty broke down his arguments into three core issues – dealing with Pakistan, addressing the aspirations of your own people, and recognising the fact that the rest of Jammu and Kashmir was being held hostage by the agitating Kashmiri Muslims. In response, Abdullah would retort, ‘General Saab Pakistan ke saath do thad,’ literally meaning ‘two thumps for Pakistan’. He would then direct Nanavatty to discuss the remaining issues with his chief secretary. On Abdullah, Nanavatty had lamented in a recent conversation with the author:

‘I was never able to hold his attention and he was never consistent and always did a flip-flop. I used to urge him to initiate an intellectual discussion on Kashmir, but he would not listen!’

Nanavatty’s assessment was not incorrect because in the decades ahead, whenever the Abdullahs were out of power, they would urge the government to engage in talks with the Hurriyat and with the government of Pakistan over Kashmir.

Nanavatty’s paper suggests that internal conflict in Jammu and Kashmir is as much a result of people’s alienation, poor governance and lack of development and employment, as it is a by-product of Pakistan’s covert war and support for terrorism. It goes on to highlight the need for a “long term, coherent, comprehensive, all-encompassing strategy that is enduring, flexible and clearly delineates tasks between the Centre and (the) state.”

The aim of the strategy was to restore normalcy in the state and ‘normalcy’ was elucidated as the point where democratic institutions including those responsible for law and order are able to function unimpeded. The essentials of the strategy are direct and unambiguous and comprised nine imperatives, which are reproduced verbatim below:

1. Persuade, dissuade and if necessary, deter Pakistan from pursuing its strategy of covert war and support for terrorism in J&K.

2. Seek a peaceful resolution of the conflict within the framework of the Constitution of India.

3. Fulfil the legitimate political and economic aspirations of the state.

4. Ensure the sanctity of the Line of Control (LoC) to include the Actual Ground Position Line (AGPL) and the International Border (IB) in J&K.

5. Suppress and neutralise all terrorist groups.

6. Prevent the spread of conflict to the so far, unaffected areas of the Ladakh region and Jammu division.

7. Synergise the functioning of the governments at the Centre and the state, and the various instruments of government within the state.

8. Improve administration and governance within the state.

9. Mould public opinion in support of a peaceful resolution of conflict.

Addressing a Special Group appointed by then-Prime Minister Atal Bihari Vajpayee in April 2003, Nanavatty forcefully presented his case to them days before he retired:

Pakistan is waging a relentless covert (not proxy) war using a mix of Islamic Jehadi fighters and subverted indigenous youth: employing tactics of terror, supported, albeit increasingly grudgingly and wearily, by a severely alienated population. It is a complex situation that demands an all-encompassing strategy. Unfortunately, and disappointingly, the questions being asked and the limited interaction we have had suggests an overriding and continuing preoccupation with security-related strategy alone and micromanagement of issues. In the last three years, we have systematically neutralised twice the number of terrorists assessed to be operating within, at any one time. We are naïve if we believe that the solution lies in mere neutralisation of terrorists. Conflict resolution demands simultaneous and vigorous implementation of political, social, economic, administrative, psychological and security strategies.

Highlighting the frustration experienced by every corps and Army commander who has served in Jammu and Kashmir since the early 1990s, Nanavatty urged the Special Group to reflect on his paper and ended on an ominous note:

Even though the Army is not best equipped to dilate on matters political, diplomatic, social and economic, I am compelled to do so with the hope of stimulating an informed debate.

If from this debate a blueprint of strategy would emerge, the paper will have served its purpose. Any failure to address the issue holistically will condemn security forces to manage the conflict at great cost.

Even the current Modi government would do well to listen to someone like Nanavatty.
Arjun Subramaniam is a retired Air Vice Marshal of the IAF and a strategic commentator. Views are personal.