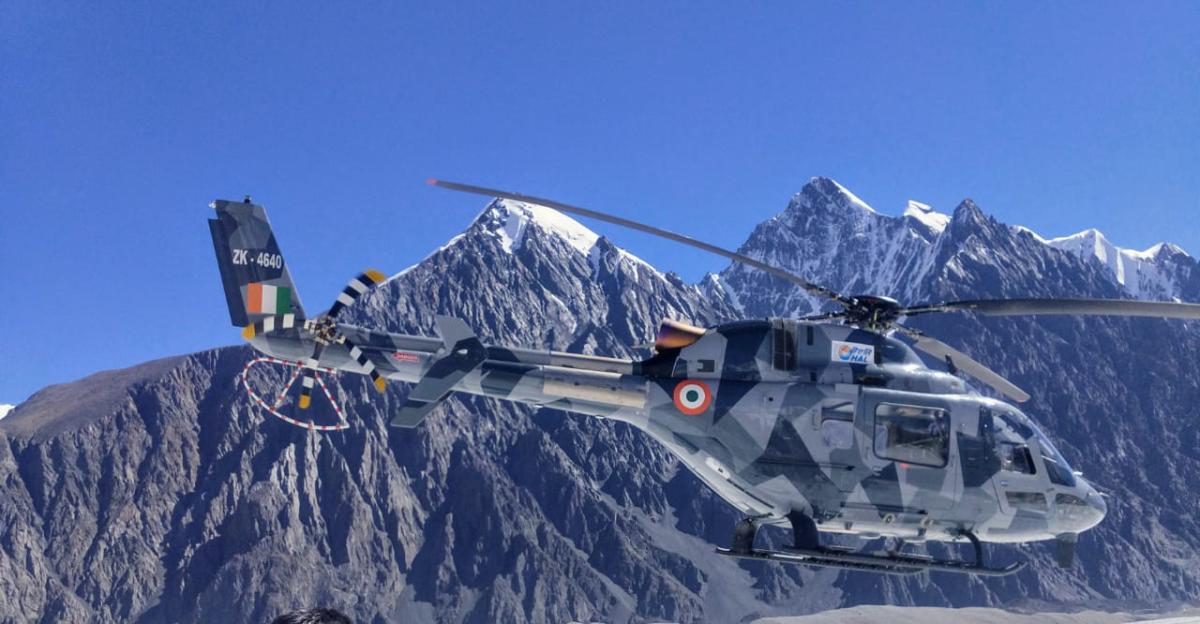 “LUH’s performance during the recent trials has been exceptional. Due to aerodynamic improvements implemented, the performance was far better when compared to last year’s trials at Leh,” said Arup. Excerpts:

Q: What were the challenges faced by the team as the project evolved?

A: Any new R&D project faces various challenges in spite of having the best of design tools and skill sets. LUH is no exception. Any helicopter design is a complex job. We indigenously designed two most critical systems – rotors and transmission, which are different from that of Advanced Light Helicopter and Light Combat Helicopter. The rotors had two-segment blade concept, being tried out for the first time in India. We had challenges in tooling and process stabilization to realize the main rotor blades with as many as 21 iterations.

On the gearbox, we had to overcome many design and manufacturing issues by replacing foreign items with indigenous ones. We developed it ourselves and in some cases jointly did it with the private sector.

Q: How critical was the recent high-altitude trials?

A: High altitude environment coupled with hot weather (around 26 to 28 deg C) between July-Sept in Himalayas are considered stringent for the performance of helicopters. The challenges at such high altitudes are in terms of temperature, pressure, wind speeds and visibility – all of which can vary anytime impacting the performance of the helicopter.

The maximum payload capability (the maximum useful load that can be carried by the helicopter at highest altitudes) is a critical parameter and every kilogram matters. The helicopter needs to have adequate engine power and rotor capability to overcome these challenges and still deliver the payload.

In addition, the helicopter must land and take off from small helipads which require good hover capability, rudder margins and piloting skills.

The LUH was flown to various high altitude bases in Siachen Glacier by pilots of Indian Air Force and Indian Army and they are satisfied with the performance of the helicopter and its systems.

Q What is the present status of the project?

A: We have made three prototypes for development flight testing and certification activities. We also built a specific Ground Test Vehicle (helicopter clamped to ground) to carry out endurance runs and system checks before undertaking flight testing.

First flight of first prototype (PT-1) was carried out on September 6, 2016, the second prototype (PT-2) had its maiden flight on May 22, 2017 and third prototype (PT-3) took to the skies on December 14, 2018. Presently, all three prototypes have completed about 600 hours of flight testing.

Certification activities involving extensive ground testing and flight testing have been completed in Bengaluru. Outstation trials for assessing the performance of the helicopter and systems under hot weather, cold weather, sea level and hot weather and high altitudes, have also been completed. The IOC for IAF version was accorded during DefExpo at Lucknow this year. We are confident that the IOC from Army also will come soon.

The basic version of LUH will be integrated with role and optional equipment such as rescue hoist, cargo hook, emergency floats among others. The helicopter can be used for reconnaissance and surveillance, troop transport, search and rescue, casualty evacuation and scout.

Q: When will LUH production begin?

The issuance of IOC by the Centre for Military Airworthiness and Certification (CEMILCA) paves the way for launch of production. We have requested the IAF and Army to initiate the process of AoN (Acceptance of Necessity) to enable HAL to commence production.

The process of AoN, issuing RFP (Request for Proposal), technical evaluation, commercial evaluation, price negotiation and placement of order has a lead time of two to three years. We hope everything will fall in place soon with the successful completion of trials.

To start with, we can produce minimum 30 to 40 LUHs per year at our upcoming facility in Tumkur in Karnataka.

Q: Can a civil version of LUH be developed by HAL?

A: We have made extensive study to assess the market potential of LUH in civil applications. We found great potential for LUH in India and overseas in the next 10 to 15 years.

Keeping this in view, we have made a concept paper and forwarded to Ministry of Civil Aviation for possibility of upfront funding. If concurred, we can develop and certify the LUH with civil certified equipment and system within a time span of four to five years.

We have made formal application to DGCA for taking up design and development of LUH civil version in this regard.