Mahathir Refrains From Mentioning Kashmir in joint statement with Imran Khan : Learns His Lessons Well Others Will Too 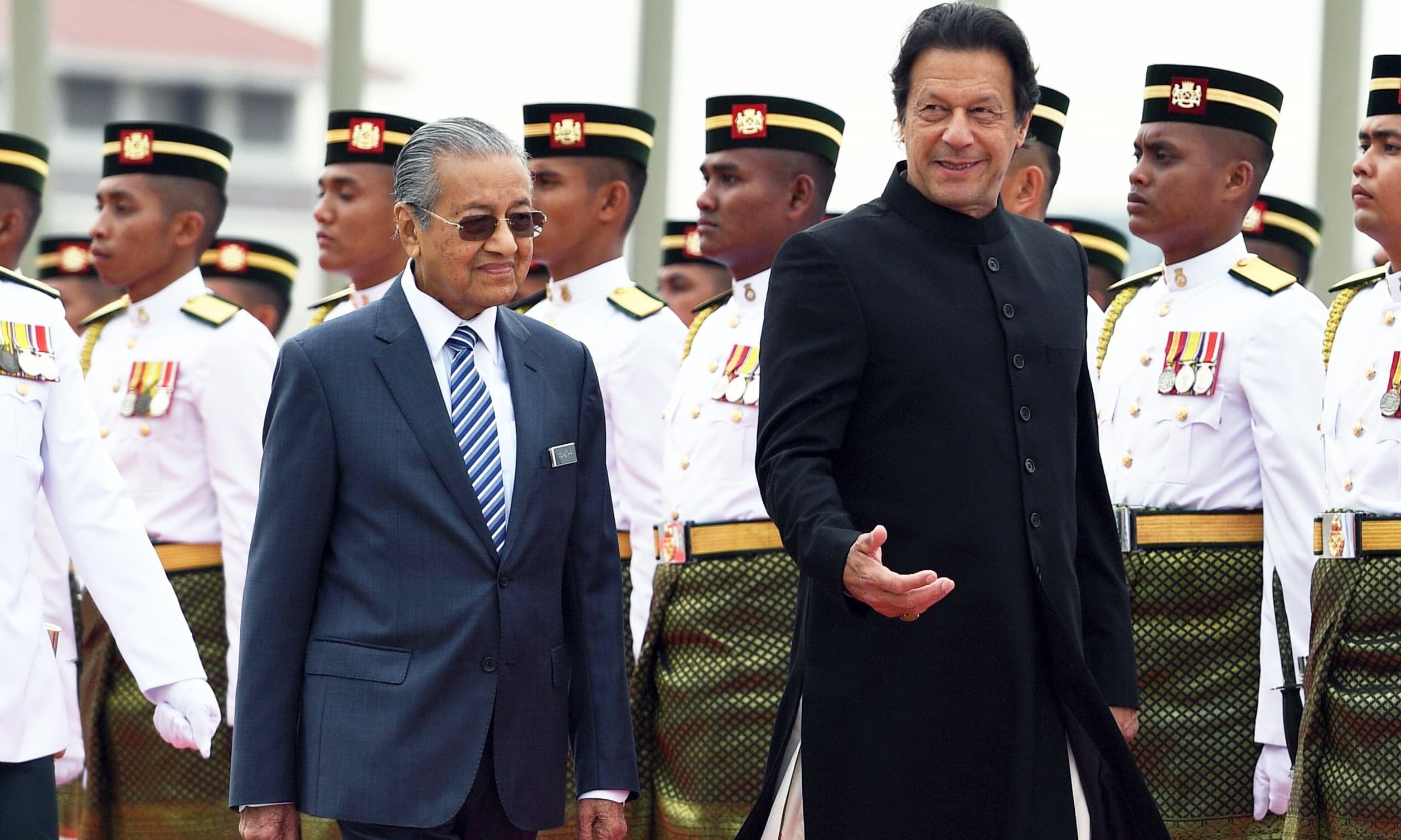 Even as Malaysian prime minister, Mahathir Mohamed, refrained from mentioning the Kashmir issue in a joint press statement with Pakistan PM Imran Khan, the MEA told parliament on Wednesday that on both Kashmir and CAA, India “expects these countries to not comment on the internal affairs of India; respect India’s sovereignty and territorial integrity; and develop a proper understanding of the issue.”

A joint statement issued by Malaysia and Pakistan at the end of Khan’s visit merely recorded that Imran Khan had raised the issue of Kashmir during his talks with Mahathir. The statement did not specify that both sides had agreed on Kashmir. The statement said, “The Prime Minister of Pakistan briefed the Prime Minister of Malaysia on the illegal and unilateral actions of the Indian Government of 5 August 2019…”

It could be a sign that Mahathir may be climbing down from his earlier strident position on Kashmir and CAA. After India hit out at Malaysia with a virtual ban on palm oil imports from that country, Mahathir surprisingly said he would not retaliate. In the past weeks, Malaysia has raised its sugar imports from India as a sweetener.

Meanwhile, the MEA in a written reply to Parliament Questions in Lok Sabha said, the government had briefed members of the international community “on the facts relating to Jammu & Kashmir and also shared perspectives on the Citizenship Amendment Act, 2019”.

Trouble with Malaysia had started when Mahathir told the UN general assembly in September last year that India had “invaded and occupied” Kashmir. Despite some strongly worded pushback from India, Mahathir had refused to back down. This led to India putting curbs on imports of palm oil from Malaysia. Imran Khan promised to buy more palm oil from Malaysia to offset the gap created by India. However, according to official figures, India imported 4.4 million tonnes from Malaysia in 2019, while Pakistan had taken just over 1 million tonnes.

Interestingly, Khan’s visit to Kuala Lumpur also saw Malaysia agreeing to maintain the “centrality” of the OIC as the premier global Islamic countries’ organisation. Malaysia, along with Turkey, Iran and Pakistan were trying to build an alternative Islamic countries grouping, which was scotched by Saudi Arabia when they persuaded Pakistan to stay away.

Meanwhile, the MEA told Parliament countries have “shown understanding … that matters related to Jammu & Kashmir, which is an integral part of India, are internal to India; and that Pakistan sponsored cross-border terrorism has been posing a grave threat and affecting the lives of the people of India, including in Jammu & Kashmir.” In the face of criticism by global media and civil society, the government said the Indian position on the CAA is that it is “an affirmative action meant to address the long standing predicament of the vulnerable sections living in India; and that it does not impact in any manner on the status of any citizen of India or deprive any Indian of any faith of her or his citizenship.”

The UN Human Rights Commissioner had on December 13 criticised the CAA, which the government described as “inaccurate and unwarranted”. “Government immediately registered its protest with the office of the High Commissioner for Human Rights and clearly conveyed that the legislation is a humanitarian measure and is in line with India’s international human rights obligations.”