Mehbooba Mufti Carries On With Her Set Mindset 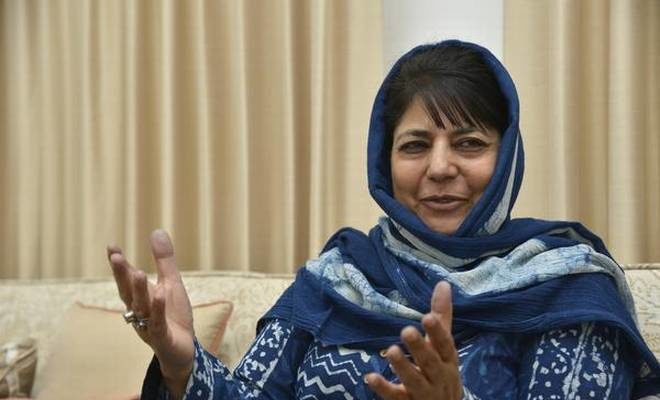 PDP president Mehbooba Mufti on Sunday launched a scathing attack at the Centre, carrying on with her old mind set. With senior leaders of PDP deserting her party, She has this time alleged that the Narendra Modi government is playing divisive politics with the people of Jammu and Kashmir. She said it is the policy of the Central government to evict Muslims from Muslim-majority areas.

Her remarks come hours after the Bharatiya Janata Party (BJP) launched a scathing attack on the People’s Alliance for Gupkar Declaration (PAGD) and said that the only agenda of the alliance is to bring back Article 370.

“This Gupkar Alliance wants exactly what Pakistan and anti-India countries. Pakistan has been to every forum and appealed against the removal of Article 370. The Gupkar Alliance says the same thing,” said BJP spokesperson Sambit Patra.

On October 15, seven mainstream parties of Jammu and Kashmir have come together to form the PAGD. The alliance has been formed with an objective to seek the restoration of the erstwhile state’s special status. National Conference, People’s Democratic Party, People’s Conference, Awami National Conference, CPM, CPI, and J&K People’s Movement are part of the amalgam.

On Sunday, Mehbooba Mufti had asserted that the Gupkar alliance was formed solely to safeguard the identity of the people of Jammu and Kashmir. Taking to Twitter, the former Jammu and Kashmir chief minister had said that assuming the alliance was created for petty electoral gains or to further party interests is erroneous.

“PAGD was formed solely to safeguard the identity of people of J&K that’s been under constant attack since Aug 2019. To assume it was created for petty electoral gains or to further party interests is erroneous. We have a bigger cause to fight for than bicker over DDC elections,” Mufti had tweeted.

On November 13, the Congress party joined hands with the Gupkar alliance, an umbrella alliance of state parties seeking restoration of Article 370. Led by National Conference (NC) president Abdullah, Mehbooba Mufti is the vice-chairman of the alliance.