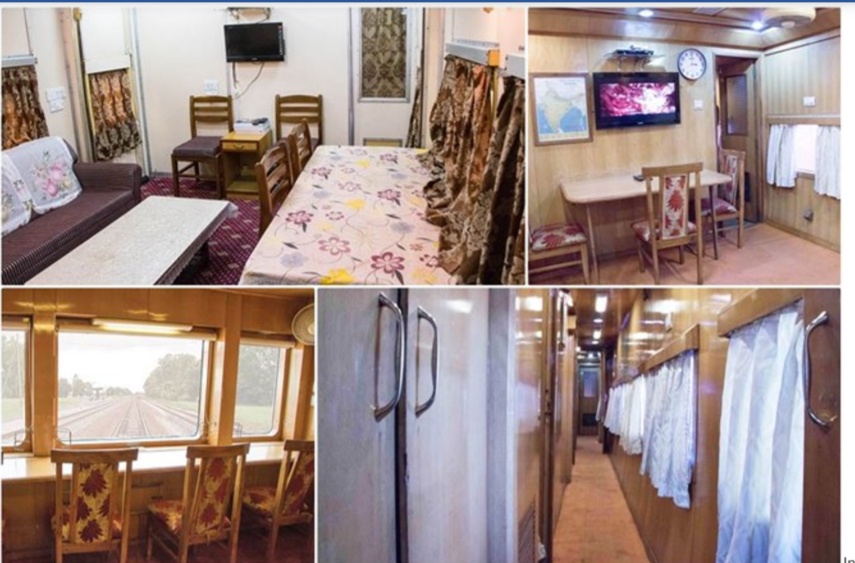 Indian Railways has a total of 336 saloon cars across all the zones, among which many of them have already been condemned. Around 62 saloon cars are air-conditioned.

IRCTC luxury saloon trains! In a bid to regulate the use of the colonial era-style carriages as well as to generate additional revenue, Indian Railways has decided to convert as many as 200 saloons into 10 luxury tourist trains. The trains will be run by the Indian Railway Catering and Tourism Corporation (IRCTC).

According to a source quoted in a PTI report, initially conceived as inspection cars, the saloons are used by officials of Indian Railways to visit far-flung areas. These saloons consist of two bedrooms, a pantry, a toilet, a lounge, and a kitchen which are built to facilitate stay for up to five days.

While some saloons will still be kept for use of railway officials for inspection, 200 saloons will be handed over to IRCTC and will be operated as luxury tourist trains. After conversion, around ten such trains can be put into service for public use.

According to the report, last year, amid concerns over misuse of these saloons by officials of Indian Railways, Piyush Goyal had given up the use of his own personal ones, calling them “trappings of a colonial mindset”. The Railway Minister had also urged the zonal railways to give up saloons for public use.

According to sources quoted in the report, a set of instructions has been prepared by the Railway Board for its zones to strictly regulate the number and use of such saloons. Also, these should be primarily used for inspection purposes with a focus on safety, they said.

The Railway Board has decided that besides the saloons and observation car for zonal general managers, each zone of Indian Railways will have two additional carriages only for inspection purposes.

Moreover, each division of Indian Railways will have a self-propelled inspection car with windows at both ends. As per the instructions, the remaining saloons would be used for premium tourist traffic in order to earn additional revenue for the national transporter.

Indian Railways has a total of 336 saloon cars across all the zones, among which many of them have already been condemned. Around 62 saloon cars are air-conditioned.

The chartering of the saloon was done at a cost of Rs 2 lakh. Once the routes are finalized, the details for bookings of these saloons will be made available on the IRCTC website.