MUSING : The Bully In The North:China is thumping its chest like gorillas of African Jungles. Claiming territories and terrorizing its neighborhood. 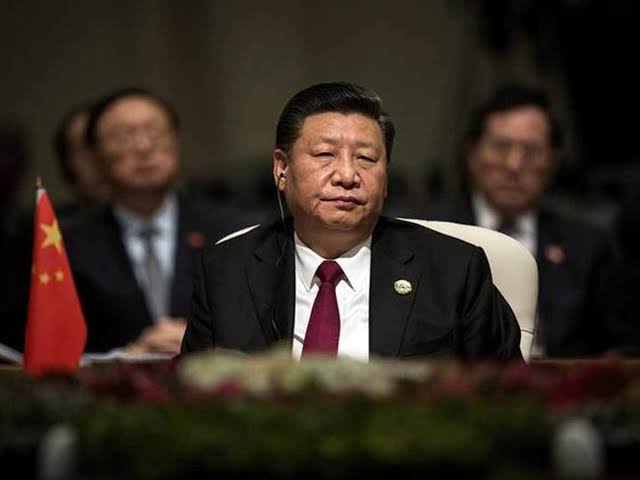 Having engineered Covid-19 across the globe through its Wuhan virus  export, China  is in great hurry to sort its immediate neighbourhood both in sea and on land by occupying as much land  and  by dominating  as much sea area  as   possible, before the world recovers from the pandemic.

Ying pais'(hawks) of PLA are fishing out various stratgems from the 36 Strategems and Art of War from Warring States period of the Chinese history. They  are busy boasting of its military power and economic might and threatening neighbours of what it can do to them if they fail to fall in line as per Chinese wishes.

China  has been busy tricking countries into virtual bondage through Debt Trap Deplomacy. Mostly Chinese have paid the individual corrupt leaders like it  happened in Malaysia and Maldives and in many other Afro-Asian countries , as bait to draw them into  Rroad and Belt Trap.

The  past WAR  strategems were ok within the confines of two rivers and the eastern plains that went to form the area called China Proper. Then  it was a fragmented country and warlords were vieing for supremacy. lt had number  of kingdoms in dozens growing like wild mushrooms on the eastern plains of China. Always out to pull other down by treturous contacts and back stabbing tactics that over a period have become it civilizational traits . They display such traits  even now with  their habitual sly and mockery even in normal dealings among themselves and others.

Having lived on fringe of the world, away from the other civilizational states, among the nomads, over the period China  has developed deep disdain for all other than the Han ethnic group and call all foreigner as barbarians and it is the term used for all foreigners.

In the past Chinese either  saw  foreigners as saints or as barbarians, but never an equal  and that continues in the  present as well.  Like the West it is  a racist civilization all through out.

All its tricks and stratagems however  had not given  the Hans any  success against the Huns, Tatars,Mongols and Manchus of the wide and wild Steppe.China faced the same fate as the rest of world at their hands, be that India, Iran, Mesopotamia, Egypt, Rome and the Europe prior to renaissance. Even the Tibetans had sacked the Chinese capital Chang’an in the past.

The Vietnamese defeated the Chinese twice, once in distance past and other as recent as 1979. Only in Tang period the Chinese opened out west ward on their own, but were pushed back by the Arabs, after the Chinese lost to them in the Battle of Talas river.
All expansionist acts  of the Chinese were under the Mongol and the Monchus,who weren’t ethnic Hans but barbarians.

The only short war that the Chinese have ever won was in 1962 against India that too because India was under an incompetent vainglorious odd  leader called Nehru. However Chinese  were paid back squarely in 1967 at Nathula when they thought they could have their way again. And now once again  at Galwan and South PangongTso in E Ladakh.

Much literature in praise  of China were churned out in times of Nixon and Kissinger on which the Chinese are glossing presently. At that time the Americans were luring China to their fold to sort out the Soveits. Pragmatic Chinese leadership had the best of both blocks in the last cold war. And now the same Chinese are twisting the tails of its three benefactors, US, Japan and Taiwan.

The new Cold War is likely to start,if it has  not already started. Hopefully China will get isolated. We are through an Heroic Age, in terms of Toyanbee that is when old order is being  replaced by the new, as happened when West took over from Asia three centuries back. Europeans fought amongst themselves as well the rest.

History seems to follow it’s own track and is likely to repeat itself. Tha Asian Age is unlikely to evolve peacefully. The Semetic World is getting together, Israel and Arabs have started their Tango. Non Arab Muslims that is Turks and Iranian are getting aligned and may hold the folds of Chinese gown for a while.

No one knows whom the Russian bear will hug.And which side the Central Asian Turks will tilt. Theory of ThucydidesTrap of Prof Allison of Harvard University predicts war prior to the change of baton.

Indo-Pacific is churning out  a NATO like outfit. Things are hazy and will most likely make our time very hazardous, unpredictable and difficult.

The present Chinese leadership has grown up during the Cultural Revolution of Mao.They grew up lawless  like weeds and have no faith in established laws and rules that restrict their desires and ambitions. And so have decided in favour of conflict in place of cooperation in the coming “Age of Asia.”

Comrade Xi is like the character Cao Cao from Wei state in the book  “the Romance the Three Kingdoms ” based in the Warring States period. Ciao Ciao  was an over ambitious and a cruel tyrant. Xi comes from the princeling elite class of Chinese Communist Party, the wards of old veterans. After  initial difficulties,he maneuvered his way up wards and then wiped out opponents and potential opponent in name of cleansing corruption. Once established, he kept promoting himself beyond his abilities and capabilities like Cao Cao .

Our man Cao Cao met his Waterloo at the hands of one Zhuge Liang of Shu state. Zhuge  allied with the Wu state and finished Cao Cao  in the Battle of Red Cliff. This gave birth to a famous saying in Chinese treasures of strategem “Ally with Wu in the east to oppose the Wei in the north.”

This fits well with the present scene. We must ally with the friends in the east,the ASEAN countries, the Japanese, the Taiwanese, the Koreans, the Australians and the Americans to oppose the bully in the north.

However it is upto Chinese people now how they handle this recalcitrant bull called Xi, let him in , in their China Shop or castrate him for everyone’s good!