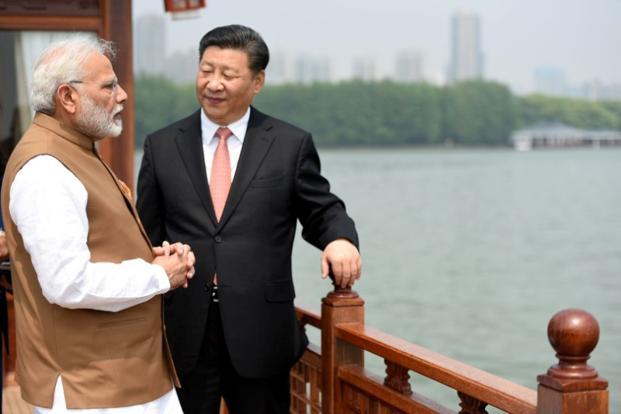 The Line of Actual Control (LAC) stability and trade ties are likely to be the focus of discussion when Prime Minister Narendra Modi will meet Chinese President Xi Jinping for the informal summit on October 10-12 near Chennai.

This second edition of the summit could help plan the next stage in boundary dispute resolution and measures to export more Indian products to China to reduce the trade deficit. It may also see progress over the Bangladesh-China-India-Myanmar corridor as it is outside the Belt and Road Initiative (BRI).

Modi will tell Xi that bifurcation of Jammu and Kashmir and creation of Ladakh as a Union Territory will not impact the Line of Actual Control in that sector with China, as Beijing appears to be wary despite assurance from foreign minister S Jaishankar.

The Chinese permanent representative in New York had raised the issue on the August 16 closed-door informal session of the UN Security Council on Kashmir. However there has to be adequate moves on both sides on Aksai Chin and parts of Gilgit under illegal Chinese occupation.

The summit agenda could also include counter-terror measures, US-China trade war and its impact on geo-economics and bilateral, Indo-Pacific construct and third-country cooperation. The two sides have cooperated to train Afghan diplomats as part of third-country projects decided at the Wuhan Summit — the first informal summit — in April 2018.

The two leaders will review the progress since the Wuhan Summit, which has enabled to keep their partnership stable across sectors, according to persons familiar with the matter. The two leaders could also focus on celebrations to be held in 2020 on the occasion of 70 years of diplomatic ties.

When Modi held talks with Xi on the sidelines of the SCO Summit in Bishkek in June, he invited the Chinese leader for the second informal summit, emphasising that a dialogue with Pakistan may not be possible at this stage. He also conveyed that India has a bilateral mechanism to engage with Pakistan and there is no role for any third party in that.

In Bishkek Modi is understood to have conveyed to Xi that improving ties between the two sides was possible because both were able to resolve long-pending issues like opening of Bank of China branch in India and UN listing of Masood Azhar.

Meanwhile Beijing and Islamabad exchanged views on the situation in Jammu & Kashmir during Chinese foreign minister Wang Yi’s trip over the weekend. Wang said China was paying close attention to the situation in Jammu and Kashmir and reiterated that the Kashmir issue is a dispute left from history, and should be properly and peacefully resolved based on the UN Charter, relevant UN Security Council resolutions and bilateral agreements.

China opposes any unilateral actions that complicate the situation, according to a joint statement.

Well India too would like to see that the Tibetan people are left in peace and that Taiwan is never threatened by anyone.