Jointmanship in the three Defence Forces will now be firmly cemented with the appointment of a Chief of Defence Staff. Naturally the Institution which initiates this process needs to be dynamic and further strengthened.

Graduates from this great Institution are equally concerned that their great Alma Mater should always remain in the forefront in providing the required leadership to the Indian Defence Forces and the Country.

Here is an article by Major General Harkirat Singh, a veteran paratrooper.

Cradle of Military Discipline and Synergy 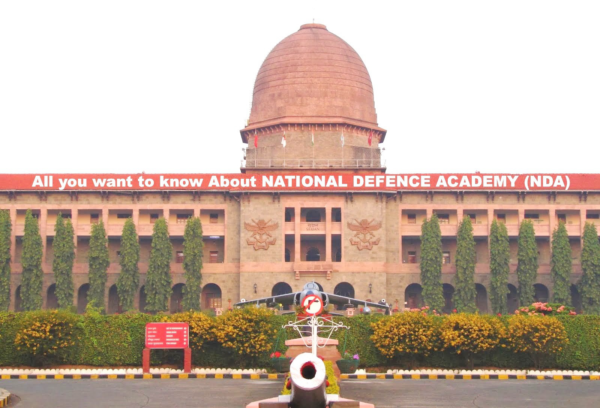 Armed forces, de-facto the last resort of a state, are deployed when other national institutions, such as police and bureaucracy, have proved inadequate.

Their operational methodologies and battle procedures take years to be universally adopted. It therefore stands to reason that the basic characteristics of the forces must not be tinkered with merely for the sake of change.

The NDA, a founding block of the Indian defence forces, is one such aspect that is too important to be changed merely because a few officers opine so. A decision sans sustained deeper deliberations will run counter to national interests.

Professional analyses of past operations reveal surmountable gaps between the Indian armed forces’ capability and performance due to lack of timely financing and synergy.

Whilst the war chest paradigm offers a solution to adequate financials in times of changing priorities, it is the aspect of synergy that is receiving foremost attention. This need for synergy was again highlighted when, on 15 August 2019, the Prime Minister proclaimed the appointment of Chief of Defence Staff (CDS).

Though a repeat of earlier intentions, there is greater hope of its implementation this time; notwithstanding organisational inability to overcome bureaucratic resistance during the past four decades.

Hopefully, the avoidable human casualties suffered in the wars of 1962 (India-China) and 1999 (Kargil) will be things of the past. The synergistic benefits of the CDS are widely perceived to be attained at the strategic levels and intermediary headquarters.

Need it be emphasised that the grassroots level will have to be similarly addressed as the nurturing ground! This is a lengthy training process which can be optimised by utilising the opportunities provided by the NDA, our interservices training institution that is providing yeoman service in this regard.

In all military operations post-independence, the day has very often been saved by the synergy displayed at the tactical and operational-art levels between the forces. Such synergy is never spontaneous; it has to be carefully nurtured — and at great cost too.

Indubitably, the sporadic joint-services training at advanced military training institutions has been of significance, but the bedrock of this effort is the bondage created between the leaders at different levels during their formative years at the NDA.

The high percentage of ex-NDA officers in the middle and higher echelons of each service further facilitates this. Hence, the tri-service character of NDA should not be meddled with.

This is not to say that training should remain unchanged. Warfare is a dynamic entity and each generation of officers has witnessed phenomenal changes during service.

While joint operations in conventional warfare remain paramount, the recent decades have seen exponential growth in importance of hybrid warfare, including network warfare and counterterrorism operations. The latter, once considered solely a police duty, has drawn the Army, Navy and Air Force into its realm. Technology in warfare has acquired greater import.

NDA training must address these aspects of joint importance so that inter-services cooperation is made easier. Finer aspects of the service-specific roles should continue to be addressed at their respective pre-commission institutions.

In NDA, these aspects must be appropriately addressed so that the three years here are not relegated to merely acquiring educational degrees; other officers entry schemes adequately cater to that.

A pivotal aspect of joint warfare is its lying in the realm of unfamiliarity; thereby requiring greater physical and mental fitness. While standards of the former can be visibly monitored, mental robustness is an abstract entity that invites greater emphasis.

It is unacceptable for a leader in war to break down into incoherence. One method of attaining it is by removing fear of the unknown by appropriate exposure and training. Entrants into NDA are fresh from schools, making them very amenable to training and personality orientation.

A small proportion would have attended Sainik Schools, but the balance would be with little exposure to development of physical and mental robustness; two significant facets of officer like qualities (OLQ).

NDA, the cradle of Indian military leadership, must address this prerequisite more vociferously. Significance of NDA has been further emphasised by the recent endeavours to promote operational efficiency by jointmanship.

Meeting these stringent requirements, coupled with demands of sub-conventional warfare, will require great managerial, administrative and technical skill in remodeling training. Expediency by overlooking this requirement, or giving it a short shrift, must be avoided. National security demands so. **********

He has been a resource person for geopolitics and strategic management at various national universities and is currently working as an independent consultant in strategic and technical management.