Not a ‘cure’ for Covid but Patanjali’s Coronil kit & drugs are a big hit, 85 lakh units sold 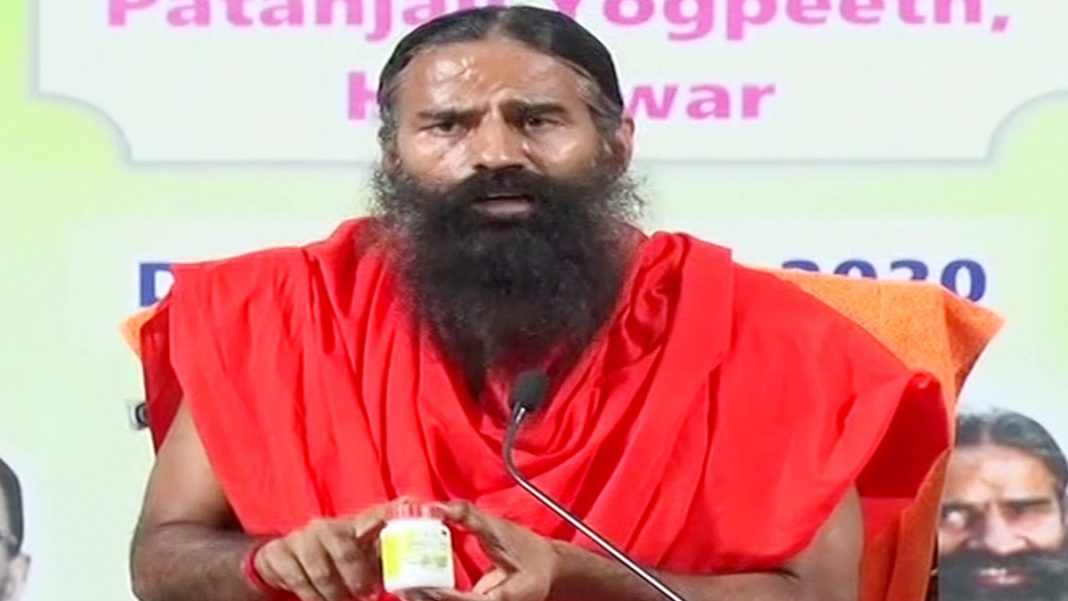 Ramdev addresses the media during the launch of ‘Coronil’, in Haridwar on 23 June 2020

Accordingto Patanjali, Coronil has managed to get a good response from consumers despite the controversy over the company’s initial claims that it was a cure for Covid.

The combined Coronil kit from Baba Ramdev’s ayurveda brand Patanjali and its individual components have together recorded sales of over 85 lakh units in the four months since its launch, company data shows. The sales total an estimated Rs 241 crore.

Coronil was launched on 23 June as a cure for Covid-19, a disease that doesn’t have a proven cure so far. However, the Patanjali product soon ran into rough weather with the authorities over the absence of proper clinical trial data to back its claim, and the fact that it had sought permission to sell it as a medicine for cough, fever, and boosting immunity.

Soon after its launch, the Ministry of AYUSH ordered Patanjali to stop advertising the product as a Covid-19 cure but allowed its sales for cough, fever and immunity-boosting.

It is currently being marketed as a ‘Covid-19 immunity booster kit’, and is manufactured by the Haridwar-based Patanjali Research Institute (PRI).

The Coronil kit comprises three products — two packs of tablets, Coronil and Swasari Vati, and a bottle of oil called Anu Taila. Apart from selling the whole kit for Rs 545, the company offers the components separately as well.

According to official data sourced from the company, a total of 23.54 lakh Coronil kits were sold between 18 October and 23 June.

‘Product is popular’
According to the company, despite the controversy surrounding the product, it has managed to get a good response from consumers.

“Even our other successful products, such as ghee, toothpaste, aloe vera were not able to produce volume-based sales in the initial months,” he said, adding that the company is manufacturing 50,000 to 70,000 Coronil kits every day.

Balkrishna added that the company is working on submitting the data on clinical trials of the drug to prove its efficacy against Covid-19, as sought by the government-formed AYUSH task force — which looked into the Coronil controversy when it first erupted — in support of its initial claims.

“We have collected a good amount of data on a big sample size, which we are readying for submission for peer-reviewing. Both in-vivo (in organisms) and in-vitro (in test tubes) trials are in the final stages. We will release the data soon,” he said.

‘Controversies are good, at least for Patanjali’
Asked about the apparent popularity of Coronil, experts credit Patanjali’s publicity drive, as well as public “trust” in ancient systems of medicine.

According to Anant Bhan, a researcher in global health, bioethics and health policy, the high sales of Coronil are “probably the result of the publicity that Patanjali created around Coronil”.

“Plus, they are leveraging their existing Patanjali distribution channels,” he said. The sales data, he added, indicates “a lot of interest in immunity-boosting drugs, driven by concern around the pandemic and risk attached, and irrespective of actual data on efficacy of the medication”.

However, Rajiv Vasudevan, founder and CEO of the AyurVAID chain of hospitals for ayurveda, said the sales could be attributed to “trust” in ancient medicines.

“The trust of Indians in ayurveda is strong enough,” he added. “Also, controversies are good for sales. While not all players could benefit from controversies, but Patanjali can.”

According to Vasudevan, “if Ayurveda had been given a reasonable opportunity to be used in proper treatment of Covid patients, we would have seen another level of credible evidence emerging”.