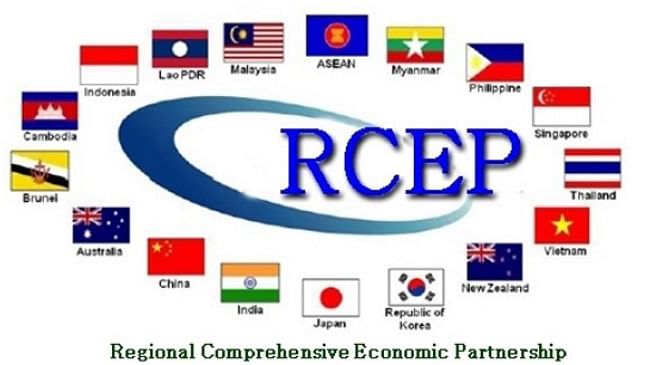 The Regional Comprehensive Economic Partnership (RCEP), which includes 10 ASEAN members, China, Japan, South Korea, Australia and New Zealand, is set to be signed at the ASEAN Summit on 15 Nov 20.

As the Wuhan Virus pandemic continues to rage on worldwide and many economies are taking a serious hit, the signing of the agreement is likely to promote regional economic integration, stabilize the supply and industrial chains, and increase countries’ confidence in economic growth recovery.

India will not be joining the RCEP as a considered decision. China has an advantageous position in the RCEP deal, and India after the Galwan incident has made it clear that it has started decoupling economically from China and will have minimum economic and trade relations.

Joining RCEP would leave India in an unfair position. International observers are already observing as to how China is troubling Australia through a mini trade war. Thus Indian Prime Minister Narendra Modi and his government is very clear on this subject.

Furthermore, India is pushing ahead with the “Make in India” policy, which is characterized by strong economic nationalism, to encourage domestic production.

After PLA tried fresh incursions into Ladhak across the LAC, relations between the two countries got strained. Then PLA crossed all limits by attacking Indian Army at Galwan killing 20 Jawans and one Colonel.

In the bargain the Chinese lost over 40 personnel. India then as part of its revised foreign policies, decided on full economic decoupling from China in a phased manner. So, not joining the RCEP became a major strategic decision made after careful consideration.

India has no dearth of foreign capital and technology to help develop its manufacturing industry so that a value chain and industrial chain that can be an alternative to Chinese supply chain. So India will not be joining the RCEP.

As seen by Chinese pressure tactics on Australia, history will prove that RCEP is a serious strategic blunder for Info Pacific, as China will be dominating it.

After Joe Biden takes office, the direction of the US foreign policy may get re oriented but USA will surely not support RCEP. Now the US needs India more than India needs USA.

Also there may more dialogue channels and cooperation opportunities between the US and China under Biden despite a continuing effort to contain China.

For other RCEP members, India’s opt-out is not a good thing. The Indian market is vast and with SAARC added it becomes still bigger.

This market is slowly opening up with consumption level increasing at a good rate. However India and ASEAN can continue with their own bilateral economic and strategic cooperation.