This is my swan song…and before some of you start jumping with joy and pumping your fists and shouting ‘Yaaaaayyyy’ in glee, allow me to finish my sentence.

This is my swan song for the summer! We leave tonight for some mega travelling, which entails visits to ten cities in five different countries in a span of six weeks.

I will probably need another holiday to recover from this Far Eastern one…but oh well, someone has to do the hard work! And unlike the previous years,

I will not be writing the Travel Travails while on the holiday but will probably write about the highlights of the trip after we return in end-August.

This month of July, named after Julius Caesar, is a month for all sorts of games. During Caesar’s times, games at the Colosseum consisted of fights between gladiators and fights between men and wild animals.

During our times, entertainment has become comparatively more sedate and is now provided to a large extent by games which require guts and possibly create a racket.

The grunts and the groans and the oohs and the aahs, during these games are probably proof of the modern times. Am referring to the Wimbledon and this year, Murray got ‘rogered’ by Federer who won his seventh Wimbledon title and his 17th grand slam title.

In the semis, Federer made a ‘Djok of which’ did not really please Djokovic and Murray made a Tsong-a and dance of it and sailed into the finals.

As good friend William, of the Stratford upon Avon fame, would have said, “The fault, dear Andy, is not in our stars but in ourselves that we are underlings,” which our stiff upper lip finalist managed to prove right by losing the finals despite having won the crucial first set.

Or maybe taking a leaf out of Barclays Bank’s pages, which apparently championed the cause for fixed rates, (sorry, fixing rates), AM may have lost to RF to ensure that Oxfam (a British charity) wins a bet placed nearly a decade ago.

Although Newlife died in 2009, he did leave the betting slip to Oxfam in his will. Federer’s defeat of Britain’s Andy Murray in the Wimbledon final means the charity will now collect a payout of approx. £101,840.

Not bad at all….am now debating whether to bet on Andy winning at least one grand slam title before 2030. And maybe leave the betting slip to my favourite charity in my will!

If Shelley could have written “If winter comes, can spring be far behind?” then why can’t yours faithfully write “If it’s July and if Wimbledon has just finished, can the Olympics be far behind?”

While the world heads towards London, the contrarians head towards the Far East. And though Kipling had said, “Oh East is east, and West is west, and never the twain shall meet”, they actually do meet not only at the Olympics but also at the precursor to it when 8,000 inspirational people will carry the Olympic flame as it journeys across the UK.

Rumour has it that the Olympic flame is a symbol of the Olympic Games and it commemorates the theft of fire from the Greek god Zeus by Prometheus.

Its origins therefore lie in ancient Greece, where a fire was kept burning throughout the celebration of the ancient Olympics.

In contrast to this, the torch relay of modern times which transports the flame from Greece to the various designated sites of the games, had no ancient precedent.

There is now an Omani connection to the flame relay, in the guise of Matthew Spacie. He is a Londoner (now settled in Mumbai) who followed the love of his life to the not-so-distant shores of India and eventually married his flame, the Muscat-bred gorgeous Ashima Narain.

As the founder and CEO, Matthew perfectly embodies the Olympic values and the power of sport to change lives. In 2007 he was awarded an MBE and now in 2012 has been given the well deserved honour to carry the flame through Sutton (London) on July 23. Way to go Spacie! More power to your vision and may you continue to drive Magic Bus to greater heights!

Do you think that for the Far Eastern holiday one should necessarily be a cereal lover?

Do you think that the secret behind the success of Victoria’s Secret is that they are upfront, do not beat around the bush and have a robust bottom line?

Do you think that Rowan Atkinson, renowned for his role as Mr Bean has now become a
has-bean?

Mahesh has been in Oman since 1985. After having worked with Bank Muscat and Merrill Lynch, he started Trinity Investments, apparently named because of the three women in his life….his wife and two daughters. 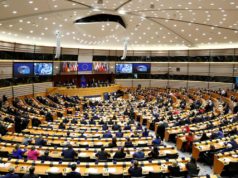 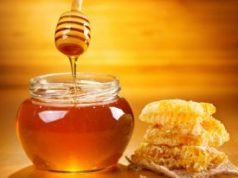 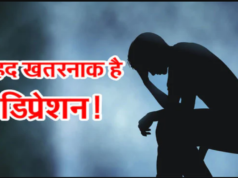