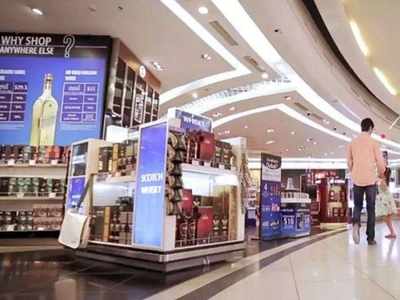 Indian airports could see revenue loss of Rs 650 crore per annum if the commerce ministry’s proposal to halve liquor allowance from two bottles of one litre each to one bottle is implemented.

The Association of Private Airport Operators (APAO) has warned that the move will lead to an additional Rs 200 crore in aeronautical charges (that recovered from passengers in the form of airfares by airlines and user fee by airports) and Airports Authority of India (AAI) will lose revenue share of about Rs 330 crore annually, apart from leading to 8,000-10,000 job losses.

APAO, whose members are the PPP (public-private partnership) airports of Delhi, Mumbai, Bengaluru, Hyderabad and Cochin, and greenfield airports coming up in Navi Mumbai and Mopa in Goa, has warned that restrictions on duty free sales will lead to increase in passenger charges, hurt airport industry and may encourage smuggling. The share of liquor imports for Duty Free sale is $97 million, against India’s total import bill of $460 billion.
 
“APAO has vehemently opposed the proposed move to reduce liquor allowance from 2 litres to 1 litre and to do away with import of cigarettes presently one carton of 100 sticks… it will harm the entire aviation ecosystem comprising of airports, airlines, duty free operators and AAI and does not help in any way in improvement in balance of payments. Share of import of liquor for sale to arrival passengers in total import is miniscule at 0.0213%” APAO said in a statement.

“Typically, passenger charges alone are never sufficient to cover the cost of developing and operating airports and it is non-aeronautical revenue streams such as Duty Free which subsidise these costs.

In the present regime of hybrid or shared till mechanism adopted by AERA as per NCAP 2016 increase in non-aeronautical revenue leads to lower aeronautical tariff, thereby passing the benefit to the passengers.

At most Indian airports, Duty Free revenues make up 15-20% of the total non-aero revenues and sales of liquor and cigarettes together account for over 75-80% of overall Duty Free sales and to make up the revenue loss on account of these new restrictions, the Aeronautical Charges will have to increase which will have to be borne by airlines and passengers.

It is estimated that the Aero Charges will go up by at least around Rs 200 crore annually across India which will have an impact on ticket prices and may even impact the growth in passenger traffic which is already extremely subdued,” it added.

The revenue loss will also impact the Indian airports financial performance, their rating, ability to raise funding for future expansion and could potentially lead to NPAs with banks.

“The reduction of Duty Free allowance will also adversely impact Airports Authority of India (AAI) which will not only lose revenue from the airports it operates but also from the revenue share from Delhi and Mumbai airports.

It is estimated that AAI would lose over Rs 330 crore (Rs 180 crore from its operations and Rs 150 crore due to reduction in revenue share payments from DIAL and MIAL).

This will reduce AAI’S ability to develop airports in remote and rural areas, upgrade airport infrastructure and regional connectivity,” the statement said.

“Liquor accounts for majority of sales of duty-free operators. The proposed move will make their operations unviable due to firm commitments towards fixed fee and fixed expenses to be met out of lower revenue base. It is estimated that 8,000-10,000 staff may lose their jobs directly and indirectly by virtue of this decision as there will be layoffs in sales force, logistics, warehousing, transportation, shipping and finance,” APAO said. 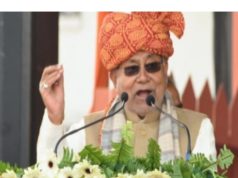 Why Nitish Kumar Is Indispensable for the Winning Side in Bihar? 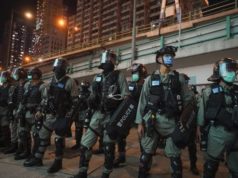