The inauguration of the sprawling National War Memorial is a “landmark event” and the country now has “one more pilgrimage place” where citizens can come to pay homage to our brave soldiers, Defence Minister Nirmala Sitharaman said Monday.

Addressing a gathering of ex-servicemen at the National Stadium, she also said that there was “always an inexorable requirement to have our own war memorial” to pay tribute to soldiers who have laid down their lives since Independence.

Prime Minister Narendra Modi dedicated the memorial on Monday, spread over 40 acres in the India Gate complex in New Delhi, by lighting the flame positioned at the bottom of the stone-made obelisk. PM Modi also addressed the ex-servicemen at the event.

“It has been wonderfully designed such that it homogenously merges with the surroundings, giving an impression that it existed ever since long.

We can proudly say there is one more pilgrimage place for us Indians. We expect every citizen will pay a visit to this memorial to pay homage to our brave soldiers,” Nirmala Sitharaman said.

The memorial pays tribute to soldiers who laid down their lives defending the nation during the Indo-China War in 1962, Indo-Pak Wars in 1947, 1965 and 1971, Indian Peace Keeping Force Operations in Sri Lanka and in the Kargil Conflict in 1999.

“After World War I and the conflict in Aghanistan-Waziristan, a memorial was built in the pre-Independence era in the form of the India Gate.

In 1972, the Amar Jawan Jyoti was built underneath it to commemorate the Indo-Pak conflict of 1971,” Ms Sitharaman said.

Post-Independence, more than 25,000 soldiers have laid their lives in our national interest, defending the sovereignty and integrity of the nation, she said.

“There was always an inexorable requirement of having our own war memorial to pay tribute to our soldiers killed in the Indo-China War in 1962, Indo-Pak Wars in 1947, 1965 and 1971, Indian Peace Keeping Force Operations in Sri Lanka and in the Kargil Conflict in 1999,” she said.

It also commemorates the soldiers who participated and made supreme sacrifice in the UN Peace Keeping Missions, during Humanitarian Assistance and Disaster Relief (HADR) Operations, counter-insurgency operations and Low Intensity Capital Operation (LICO), the minister said.

During the Joint Session of Parliament in 2014, the president had made a commitment of building a national war memorial to honour the gallantry of the soldiers.

“Today, our government under the leadership of Prime Minister Modi has fulfilled that commitment,” she said.

Addressing the ex-servicemen she said, “We have fulfilled some of the expectations of our veterans and are committed to many more in coming years.”

“What we need today is your trust in us, trust in the prime minister. And welfare of veterans is always on top of our priority,” the defence minister said.

A sum of Rs. 10,795.4 crore has been disbursed to family pensioners as arrears pension on account of the implementation of the OROP, she said.

As many as 70,000 wards of ex-servicemen have benefitted from the PM scholarship scheme and Rs. 150 crore has been disbursed since 2014-15, she added.

Drawing inspiration from the “Chakravyuh” formation, the iconic National War Memorial boasts of four thematic concentric circles with a tall ceremonial obelisk at its centre that bears the eternal flame. Posted in India. 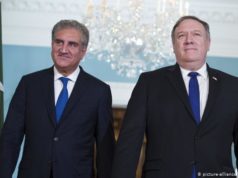