Our President : A Tribute To DR ABDUL KALAM 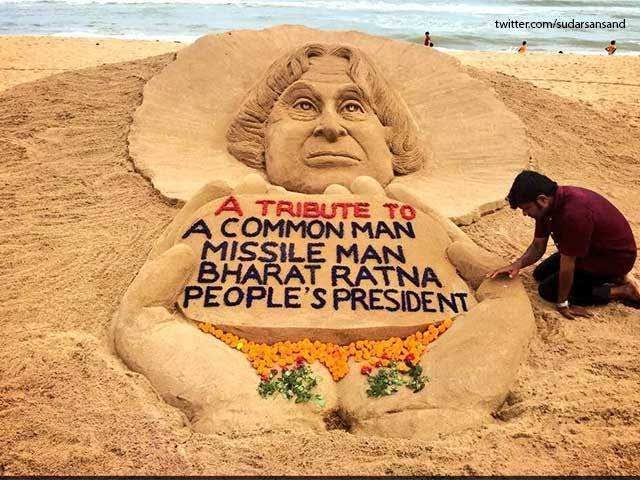 27 July was death anniversary of Dr Abdul Kalam, one of the greatest scientists, Human being and President, India was fortunate to have.

I can’t resist sharing this story.

This was way back in 1998. Our PSLV missile programme was in full swing. But it was being done clandestinely to avoid detection by US spy satellites. The programme director was Dr APJ Abdul Kalam, who we did not recognise at that time.

The cryogenic engines used were secretly shipped to Chennai port from where they were airlifted by our heavy lift helicopter..

If this helicopter was to fly straight from Chennai, it would have taken only 2 hours to reach the launch site. But to avoid detection by US satellites, a zig zag route was worked out involving long halts at unscheduled places. A 2 hour flight due to this would take us 8 hrs of flying and 8 hours halt, but ensure no detection – a small price to pay.

Due to heavy load, our passenger carrying capacity was significantly reduced. We were able to carry only 12 supporting staff from missile programme, including 2 sweepers to sweep and mop the constantly leaking fuel and oil from cryogenic engine. All 12 names were approved from highest echelon of government of India and the director was allowed only to change 2 sweepers, if required.

On the day of our departure, a gentleman with long grey hair approached us. ” I have missed my flight and I have no choice but to travel with you all because I am required at launch site ” we had to refuse him because the names were cleared from high up and we could neither make any changes, nor carry any extra passenger.

Just when we were about to start up, this man came to us running ” Captain, the project director has kindly agreed to replace a sweeper with me. Here is authorisation. Please take me on board ” The Captain said Ok and he jumped on board like a happy child.

Our second halt was about 4 hours long. As we were sipping our tea, we saw this gentleman sweeping and wiping the floor. We saw Some of the senior scientists ran to him and have animated conversation but he continued doing his job.

One of the scientists then approached the Captain and requested him to order the sweeper not to sweep !!! ” sir he is our project director, Dr APJ Abdul Kalam and you have to stop him please ”

We were shell shocked. The Captain approached him but he simply said ” I am travelling in the capacity of a sweeper and no one can stop me from doing my job ”

At a loss as to how to deal with this situation, we remained passive spectator. On our next halt too, he did his duty. His simplicity bowled us over.

We dropped the men and machine at drop site and bid him good bye.

Many years later I received an invitation from Presidents house to visit Mughal Gardens to see how much work he had done on it and judge if *he was a better maali or a better sweeper*. I sent my regrets as I was out of country.

I met him after he retired as President and he remembered the episode.

Tributes to one of the greatest Indians I have ever met.