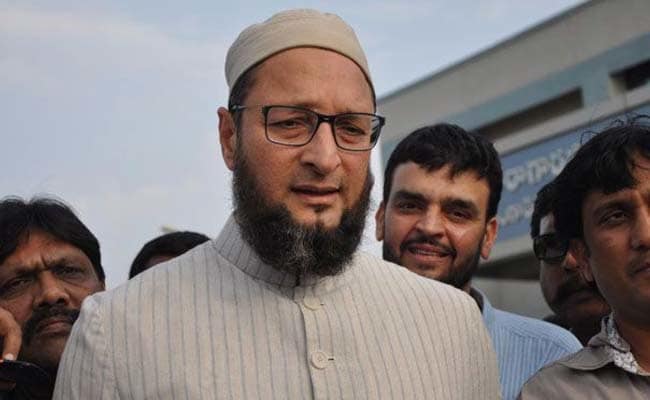 A young woman on Thursday at a Bengaluru rally raised “Pakistan Zindabad” slogan in the presence of AIMIM chief Asaduddin Owaisi, who denounced her action and asserted “we are for India”. The organizers of the event to protest against the CAA, NRC and NRP here were left red-faced.

The woman, identified as Amulya Leona, asked people to shout with her “Pakistan Zindabad” thrice after the organisers of the event under the banner of “Save Constitution” invited her to address the gathering soon after Owaisi came on the stage.

A baffled Owaisi rushed to snatch the mike from her and was joined by others who tried to remove her from the state.

However the woman was adamant and raised the slogan again repeatedly.

Later, the police stepped in and removed her from the dais.

The woman had been taken into custody, police said adding she might be charged with sedition.

Owaisi, who addressed the gathering later, said he did not agree with the woman, whom he described as “so called liberal” and asked all liberals to refrain from any events involving Muslims.

“Neither me nor my party has any link with her. We denounce her. The organisers should not have invited her here. If I knew this, I would not have come here.

We are for India and we no way support our enemy nation Pakistan. Our entire drive is to save India,” the AIMIM MP said. He asked people to refrain from associating with liberals.

“If they (liberals) were so concerned about the Muslims and CAA, they should have their own Shaheen Bagh kind of protests.”

Speaking about CAA, Owaisi alleged it “smacked of governments hatred” towards Muslims and was against poor.
“The law is aimed at making Muslims stateless,” he charged.

Owaisi flayed the BJP government in Karnataka for booking a parent and the headmistress of a school for alleged derogatory remarks against Prime Minister Narendra Modi made by a class six student in a drama at a school in Bidar.

The AIMIM chief asserted that his love for India is unquestionable because his family had chosen to stay in the country after the partition.

BJP targeted the Congress over the incident, alleging the protests against the Citizenship Amendment Act were a “joint venture between Pakistan & Anti-National Forces led by @INCIndia.” The Congress too condemned the woman’s conduct and demanded stern action.

JD (S) corporator Imran Pasha claimed Amulya was planted by some rival group to disrupt the event. The woman, he said, was not in the list of speakers and demanded that the police investigate the matter seriously.

The state BJP took to the twitter to condemn the development.
Anti-CAA Activist Amulya Leona shouts PAKISTAN ZINDABAD in the presence of AIMIM Chief @asadowaisi at Bengaluru.
Truth is that protests against #CAA are a joint venture between Pakistan & Anti-National Forces led by @INCIndia.

Those who support Pakistan should go there forever, it tweeted.