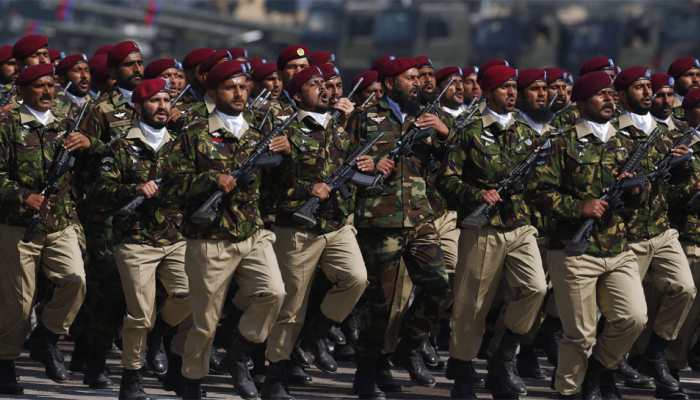 More than 400 people remain quarantined at Taftan camp in Balochistan according to the provincial government’s data. All of them remain in one single room with very few medical check ups that further escalates the rate of infections.”The Army is deliberately spreading the virus in Balochistan by keeping around 100 infected patients of coronavirus together with the 4,000 non-infected people on the pretext of so-called quarantine. Now, this disease is continuously being spread throughout Balochistan in order to annihilate the already oppressed people of Balochistan,” said Allah Nizar Baloch.

As the tally of COVID-19-related infections has surpassed five lakhs, local authorities in the region have started urging people to stay at homes in order to avoid getting infected by the virus. The situation would become uncontrollable once the disease spreads across Balochistan if the warning is not taken seriously.

At least 57 per cent of all people who have tested positive for coronavirus in Pakistan passed through the camp at some stage, according to government data cited by Al Jazeera.

A Baloch leader has said that the Pakistani military establishment is using the surging cases of coronavirus infections to expand its occupation in Balochistan.

“We believe that the Pakistan Army would use the COVID-19 outbreak to expand its occupation and stranglehold over Balochistan while continuing its atrocities and genocide of the Baloch,” Allah Nizar Baloch, the leader of Balochistan Liberation Front (BLF), was quoted as saying by Sangar Publication, a mouthpiece of the movement.

The BLF leader said that the disaster of quarantine center in Taftan (Pakistan-Iran border town) which is run by Pakistan Army “is a clear example”.The Taftan camp — criticised by those held there as lacking proper medical and social isolation facilities — has been at the centre of Pakistan’s outbreak of cases.

“In case if this disease spreads across Balochistan, it would be uncontrollable. Balochistan, which lacks basic amenities of life including healthcare and the people of Balochistan, who in this modern age, are already dying from curable diseases like malaria, would be affected irrecoverably,” Nizar said.

“For the last seventy years, the occupying forces have plundered the resources of rich Balochistan by selling them for a pittance. In return, the indigenous sons and daughters get atrocity, poverty and humiliation from Pakistan,” he added.

Divulging further upon the condition of health amenities in the region, the BLF leader stated that there are only four ventilators in the entire Balochistan which is the basic requirement to treat patients infected by the killer bug.

In Balochistan, only Sheik Zayad Hospital has the facility of isolation rooms which are not more than a dozen. Amid such a situation, self-imposed precautions are the only way to avoid contraction for the oppressed people, he stressed.

”The majority of our population dwells in villages and hillsides and their lives mostly depend on agriculture and livestock. Amid the growing cases of coronavirus, they should either opt to stay at home or try to limit their movements and do not expect and wait for help from the state of Pakistan,” Nizar noted.

“I appeal to the Baloch people that they should understand the machinations of Pakistan and prefer to stay in their homes and rely on preventive measures,” the BLF leader further stated. Balochistan has so far reported 131 cases, as per data compiled by Geo News.