Pak violating our airspace, constructing military posts in our territory: Afghanistan in complaint to UNSC 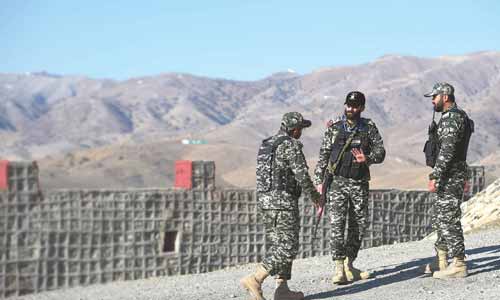 In a further indictment of Pakistan, its western neighbour Afghanistan has now written to the United Nations Security Council (UNSC) complaining about Islamabad’s move to target its border districts.

Demanding UNSC action against Pakistan, Kabul noted in the letter that Pakistani forces had been targeting and shelling its border districts.

In a letter dated August 22, 2019, Adela Raz, Afghanistan’s Permanent Representative to the UN, complained to the UNSC about “continued violations of the territory of Afghanistan by the military forces of the Government of Pakistan”.

The Afghan envoy to the UN said the violations by Pakistan included shelling of districts on the shared border, construction of military posts and barriers on Afghan territory; and violations of Afghan airspace by Pakistani military aircraft.

Talking about a specific incident, Afghanistan said Pakistani military forces had, on August 19 and 20, “fired over 200 rockets into Sheltan district of Kunar province”. The letter noted that the attacks resulted in massive losses, including the destruction of residential properties.

Kabul’s envoy said the Afghanistan government’s appeals to the Pakistani government had fallen on deaf ears. This, according to Kabul, was in violation of international as well as humanitarian laws.

Recently, Afghanistan had also slammed Pakistan for trying to link the Kashmir issue with the Afghan peace process, rejecting it as “poor excuse”.

Islamabad had claimed that India’s move to scrap Kashmir’s special status could impact the Afghanistan-Taliban peace process. Reacting angrily to this, Kabul had called the Pakistani attempt as “reckless and unwarranted”.

Issuing a statement, Afghanistan’s Embassy in the United States said Kashmir was a bilateral issue between India and Pakistan. The statement had also accused Islamabad of nurturing terror factories on its soil, alleging terrorists were being exported to Afghanistan from there.

“Any such statement that links the evolving situation in Kashmir to the Afghan peace process is reckless, unwarranted and irresponsible,” the Afghan Embassy statement had read.

“Kashmir is a bilateral issue between India and Pakistan. We believe Pakistan’s motive and insistence to purposely tie Afghanistan to the Kashmir issue is a deliberate attempt to prolong the violence happening on Afghan soil. It is a poor excuse used by Pakistan to justify its inaction against the Taliban and to avoid taking a decisive stance against the militant group,” the statement added.

The statement had also slammed Pakistan’s move to deploy tens of thousands of troops on the Afghan border.

“There is no threat from Afghanistan to Pakistan. The Afghan government sees no credible reason for Pakistan to maintain tens of thousands of military troops on its western frontier,” the statement read.