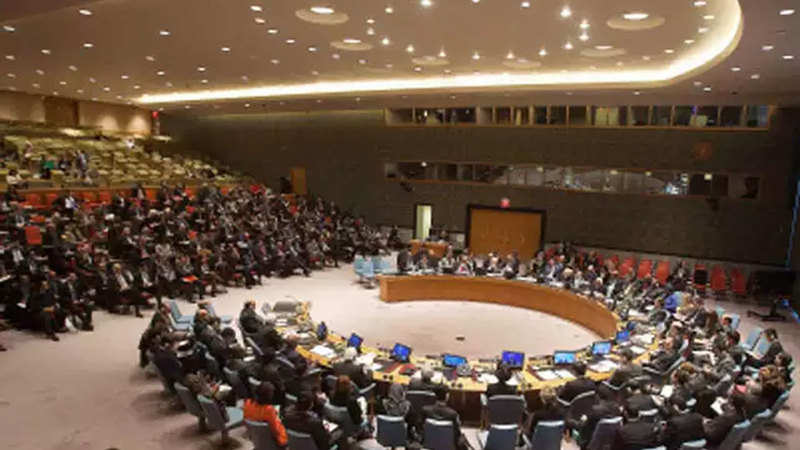 Imran Khan telephoned Trump just ahead of the UNSC consultative session to apprise him on the situation in Pakistan. Pakistani sources claim that call lasted for 17 minutes but still Pakistan’s case fell flat on its nose in the UNSC.

Pakistan’s efforts to challenge the Indian government’s decision to terminate the special status of Jammu and Kashmir, at the United Nations collapsed on Friday. This was in spite of China’s initiative to take up the case for discussion at the United Nations Security Council. It just found no takers.

China had asked for informal closed-door UNSC consultations on how to control India over the whimpering of Pakistani Foreign Minister Shah Mahmood Qureshi through his letter to UNSC. However, being an internal matter of India, both China and Pakistan found no support among the 15 members of the Security Council on Friday.

All members except China were of the view that in case Pakistan had any issue with India, the matter should be dealt bilaterally by India and Pakistan. Had the members arrived at a conclusion to discuss the matter formally, it would have been debated and voted at the UN.

The consultations took place without the presence of representatives of India and Pakistan since it is a consultation process it will not be part of the UNSC record.

Speaking after the 73-minute closed-door meeting, Syed Akbaruddin, India’s permanent representative to the UN, said, “Our national position was and remains that matter related to #Article370 of the Indian Constitution is entirely an internal matter of India.”

“These have no external ramifications, the recent decisions taken by the Govt of India and our legislative bodies are intended to ensure that good governance is promoted, social-economic development is enhanced for our people in Jammu and Kashmir and Ladakh,” he said.

On talk with Pakistan, the top Indian diplomat at the UNSC said, “Using terror to push goals is not the way normal states behave..stop terror to start talks.”

Earlier, even as closed-door consultations were underway, Russia – one of the permanent members of the block – said it hoped Islamabad and Pakistan settle the issue bilaterally.

“Russia continues to consistently promote normalisation of India-Pakistan ties. We hope that existing divergences around Kashmir will be settled bilaterally by political and diplomatic means only on the basis of Shimla Agreement of 1972 and Lahore declaration of 1999, in accordance with UN Charter, relevant UN resolutions and bilateral agreements between India and Pakistan,” Dmitry Polyanskiy, First Deputy Permanent Representative of Russia to the UN said.

“We are friends and good partners with both #India and #Pakistan and both peoples. We have no hidden agendas. So we will open-heartedly continue to engage with Islamabad and New Delhi in order to help both of them come to terms and have good neighbourly relations,” Polyanskiy said.

The informal consultations saw the exchange of views among the UNSC members on Pakistan’s Foreign Minister SM Qureshi’s letter to UNSC President, Polish envoy Joanna Wronecka, on Kashmir in the aftermath of New Delhi’s decision to remove the special status for Jammu and Kashmir.

The Pakistani Foreign Minister asked the letter to be disseminated at the earliest and that a meeting of UNSC should be called. Pakistan is keen to have a meeting in which it gets the right to speak and record the discussion that takes place.

Last week, a letter written by Qureshi on August 6, a day after government’s announcement on Jammu and Kashmir, was not taken in any of the UNSC meetings.