Pakistan Insulted And Ignored By USA 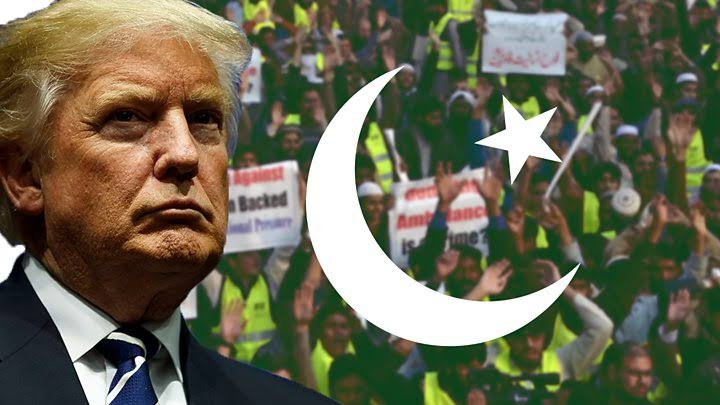 Imran Khan, is visiting USA and will hold talks with Trump on July 22 and Bajwa the Paki Army Chief will meet defence Secretary Patrick M. Shanahan, the new chairman of Joint Chiefs of Staff Gen Mark Milley and other senior officials during his visit to Pentagon.

PM Khan is expected to discuss Afghanistan and peace in the South Asian region during his upcoming meeting with Trump, said Pakistan Tehreek-e-Insaf.

However while entire Pakistan may celebrating the maiden visit of Imran Khan to the United States, it seems it is just an ex Cricketer visiting USA and being a non American game, is being ignored Trump administration seems to care little. Reportedly, no US official on Saturday came to receive the Pakistan prime minister at the airport.

Khan, who took commercial flight instead of a private jet to cut down expenses, was instead received only by foreign minister of Pakistan Fawad Qureshi at the Dulles International Airport.

In a video shared by Pakistan Tehreek-e-Insaf showed the Prime Minister deboarding the commercial flight and later being received by Qureshi and Pakistan ambassador to the US Asad M Khan. He also took public transport for leaving the airport. Reportedly, he was not accorded the due state protocol while he landed in America.

“Greatly honoured to receive the Prime Minister of Pakistan on his arrival in the US on an official working visit to the US,” tweeted Asad M. Khan.

As Imran Khan did not receive his due welcome, netizens used this opportunity to have a good laugh.

“I know Pakistan didn’t do very well in the World Cup, but this seems a harsh punishment,” tweeted one user.

“The Prime Minister of Pakistan had to ride one of those awful people movers at Dulles too??,” questioned another.

Another user also claimed: “Last time #ImranKhan visited the USA on Oct 2012. He was detained and interrogated by US immigration at Toronto airport.” However, the Prime Minister was hailed for his decision to travel “cheap”.

Khan arrived in Washington for his three-day visit to meet President Donald Trump.

According to Dawn, apart from Pakistan’s Chief of the Army Staff General Qamar Javed Bajwa and the director-general of Inter-Services Intelligence (ISI) Faiz Hameed, Advisor to Prime Minister for Commerce Abdul Razzak Dawood are accompanying the Prime Minister.

This is the first time the two top generals are accompanying a Prime Minister in the White House.