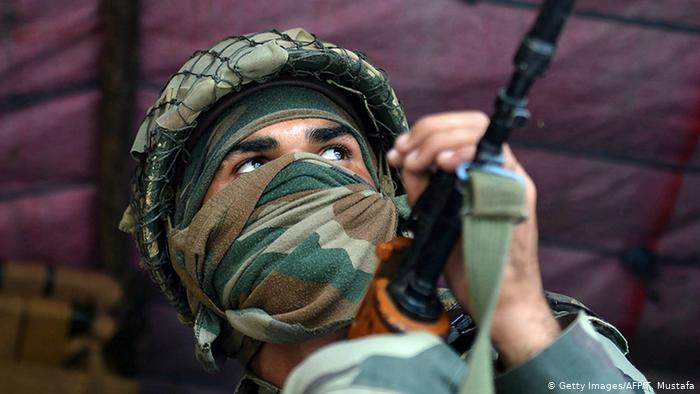 In October, an international organization led by USA will meet to decide whether to blacklist Pakistan alongside Iran and North Korea for failing to control terror financing and money laundering. Such a designation would devastate Pakistan’s struggling economy totally. It will be cut off from the global financial system. And also lose the $6 billion economic rescue package given in May by the International Monetary Fund.

Pakistan was carved out of India in 1947 by the cunning British, not only as a homeland for South Asia’s Muslims but also to keep playing their GREAT GAME in the region. The Pakis then first tried to woo the Maharaja of Kashmir to join them and later invaded the State first with the help of tribal hordes and soon with their regular army.

The Government of Kashmir chose to join the Indian Union. During the ensuing war between the two independent countries, India was unable to liberate roughly 1/3 of the State earlier captured by the tribal hordes because of an untimely ceasefire. Since then Pakistan has been claiming the entire Muslim-majority Kashmir including Ladhak and Jammu.

Pakistan’s powerful military created the jihadist groups in the 1990s to stage attacks on Indian forces in Kashmir to inflict pain on India without a full-out war. The aim was to fan armed rebellion to such an extent that it would force a withdrawal on the Indian Army. This was the failed strategy of Pakistan to grab the State of Jammu & Kashmir from India.

India the largest democracy in the World by numbers, was able to absorb all the terror pinpricks. As a democracy until now the State of J& K, was given an unusual degree of autonomy under a temporary Article 370 of the Indian Constitution.

A peculiarity of this State was that, it had four distinct regions. Gilgit – Baltistan is under illegal occupation of Pakistan. Ladhak the largest region has Buddhist majority, Jammu region has Hindu majority and the smallest region size wise, Kashmir has Muslim majority. However the politics of the State, since 1947 was being controlled by the Politicians of Kashmir Region only.

Since an influential section of the Kashmiri politicians had begun holding the entire State to ransom in the name of Separatism and merger with Pakistan, India decided to remove the temporary Article 370 of its Constitution and reorganize the State for better administration and speedy development.

This also had been a pending demand of Ladhak and Jammu region. This abrogation of Article 370 was part of the BJP election manifesto. So it should not have come as a surprise to any one, nationally or even at the international level.

Though the decision of India to revoke the temporary Article 370 of the Constitution came as a shock to the Pakistan’s Political and Military leadership alike. Till date their very existence had been depending on the issue of capturing rest of Kashmir, now they are in a bind over how to handle jihadist groups that Pakistan’s military nurtured to liberate the area.

The Government of Pakistan is under domestic pressure of its terrorist groups to counter India’s move in a region Pakistan views as an integral part of its identity, making such extremist groups a tempting tool. Now, the experts feel that Pakistan is unlikely to continue what they say is the government’s first serious effort to dismantle its jihadist infrastructure.

However Islamabad is under international pressure to crack down on the extremists or face financial sanctions. Worst, attacks by those militant outfits could invite, this time, an overwhelming retribution from India which may even break Pakistan into several smaller entities. In case a conflict breaks out then Pakistan’s nuclear bluff will not work this time. Even the Americans know this.

Pakistan not knowing what to do, has suspended trade with India, expelled the Indian envoy in Islamabad and urged the United Nations to take up the issue. Opposition Pakistani politicians are pressing Prime Minister Imran Khan for more action.

Pakistan’s army chief, Gen. Qamar Bajwa, said that the military would “go to any extent” for the Kashmiris, without explaining what that meant. Also no Country has come out in support of Pakistan over Kashmir. Every one is regarding it as an internal matter of India.

“Either Pakistan does something, or, if it doesn’t, the military risks becoming very unpopular,” said Ayesha Siddiqa, author of “Military Inc.,” a book on the Pakistan army’s finances. “There will also be unimaginable pressure from hawks within the institution.”

Human-rights groups in certain Countries with vested interest and the Pakistan press accuse India of arbitrary detentions, torture, extrajudicial killings and the use of pellet guns to blind hundreds of protesters in its part of Kashmir, incensing opinion in Pakistan. Such accusations of widespread human-rights abuses are baseless or exaggerated.

Now under severe international pressure Pakistan has begun cracking down on the extremist groups. This time, the action looks more concerted, say foreign observers, though U.S. officials have noted that the steps taken so far are reversible. In recent months, Pakistan has begun to seize the assets of militants, taken over their schools, closed some training camps and arrested some of their leading members, say local and foreign officials.

Some experts say that Pakistan wouldn’t risk unleashing the militants now, after India showed earlier at Balakote this year that it would retaliate. Even within the Pakistani military establishment, there is some recognition that jihadists have harmed the Kashmiri cause by allowing India to divert attention from a largely indigenous struggle for human rights there to cross-border terrorism.

But militant groups could act by themselves, and any attack that New Delhi links to a Pakistani extremist group is likely to provoke a reprisal. In February India bombed the terrorist training camps in Pakistan after a Pakistan-based group claimed responsibility for a bombing in Kashmir.

Pakistan faces other perils in shutting down the extremist groups. Frustrated anti-India extremists might gravitate toward transnational jihadist groups such as al Qaeda and Islamic State.

So far, al Qaeda and Islamic State are fringe elements in Kashmir. But some militants in Kashmir are being buried wrapped in the flag of Islamic State, the person said. A local franchise of al Qaeda called Ansar Ghazwat-ul-Hind is active in the Indian part of Kashmir, where in May this year Indian forces killed its leader, a militant known as Zakir Musa.

Shehryar Fazli, an analyst based in Islamabad, said that Pakistan will likely hope that the cooperation it is providing the U.S. for the Afghanistan peace process will convince Washington to hold off on pushing the financial blacklisting. Though will Trump be able to beg Modi anymore to let Pakistan off the hook, if another terror strike takes place in India.