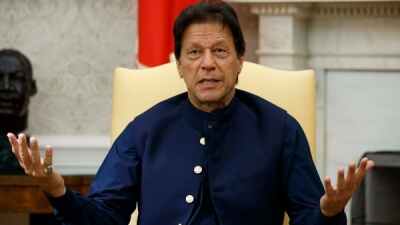 Till 1965 Pakistan had been on a HIGH with latest American weapons gifted to it as CENTO member. However those weapons proved useless against India.

The same Pakistan on Thursday expressed concern over the USD 3 billion defence deal between India and the US for the supply of advanced American military helicopters, saying it will further destabilise the already volatile region. It forgets that India is paying the market price for these weapons and not getting them as a gift or as a “ aid “. In fact very soon India will be making indigenous weapons matching these American weapons.

During President Donald Trump’s visit, India and the US on Tuesday finalised defence deals under which 30 military helicopters will be procured from two American defence majors for the Indian armed forces.

Under a USD 2.6 billion deal, India will buy 24 MH-60 Romeo helicopters from Lockheed Martin for the Indian Navy. Another contract to acquire six AH-64E Apache helicopters for USD 800 million from aerospace giant Boeing has also been sealed.

Foreign Office spokesperson Aisha Farooqui during her weekly news briefing here said, “This deal will further destabilise the already volatile region. We have alerted the international community many times about India’s aggressive designs not only towards Pakistan but also other countries in the region.”

Aisha forgets that it us not Pakistan that India is building up its defences, it is China. Defence and security ties between India and the US have been on an upswing in the last six years. The bilateral defence trade touched USD 18 billion mark in 2019, reflecting growing defence cooperation between the two sides.

In June 2016, the US had designated India a “Major Defence Partner,” intending to elevate defence trade and technology sharing with New Delhi to a level commensurate with that of its closest allies and partners.

The Pakistan Foreign Office spokesperson also welcomed Trump’s offer to mediate in de-escalating tensions between India and Pakistan over the Kashmir issue forgetting to add that Trump would do that only when both sides ask for it.

Although President Trump offered to mediate on the Kashmir issue in the past, New Delhi has told Washington that it is a bilateral matter between India and Pakistan and there is no scope for any third-party mediation.

Tensions between India and Pakistan spiked after New Delhi ended the special status of Jammu and Kashmir on August 5. India’s decision evoked strong reaction from Pakistan, which downgraded its diplomatic ties with New Delhi and expelled the Indian envoy.

Pakistan has been trying to internationalise the Kashmir issue but to no avail as no country is ready to deal with Pakistan on any thing.