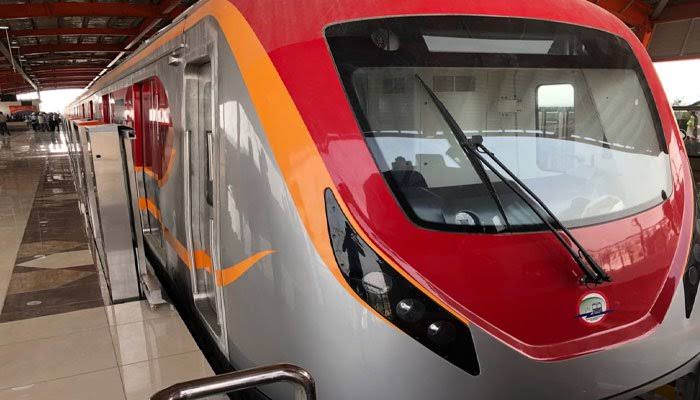 The Chinese staff recruited by the Punjab Mass Transit Authority for Orange Line Metro Train (OLMT) project is getting huge salaries in comparison to their Pakistani employees, The News International reported.

The huge disparity in the salaries is impacting the morale of the Pakistani staff, who are also given a different grade system than the Chinese. Besides, even as the Chinese staff is being paid in Yuan, the locals are getting their salaries in Pakistani rupees (PKR).

“On Wednesday, the value of 1 CNY against 1 PKR was equal to Rs 24.02. According to the data of the salaries of 93 Chinese working at the OLMT project, the Chinese staff is highly paid. If the salaries of Pakistani officials working on the same/equivalent seats are compared with those of Chinese staff, the Pakistan employees are getting mere peanuts.

According to data, a Chinese-origin deputy chief executive officer/CFO/director with grade L2 is being paid 136,000 CNY per month which is equal to over Rs 3.26 million. There were three positions and all were filled with Chinese. No Pakistani was hired on this designation,” The News International stated.

While a Chinese official posted to the DGM rank gets 83,000 CNY per month, equivalent to more than Rs 1.9 million per month, Pakistani official Umer Chishti, who holds the position of DGM Equipment and Maintenance, receive merely Rs 625,000 per month.

The News further reported that as many as 43 people of Chinese origin were recruited on the slots of technicians/train operators and each person is being paid 47,500 CNY, equal to over Rs 1.13 million. However, a locally recruited train operator/train crew gets only Rs 60,000.

Giving another example of the disparity in salaries, The News International said while 12 people of Chinese origin working on the slot of train dispatcher/train crew are getting 57,000 CNY each, equal to Rs 1.36m, the locally recruited employees working on the OLMT project are getting much lower salaries.

The Pakistani employees have demanded a salary hike from the government keeping in view the salary of their Chinese counterparts.

Meanwhile, Uzair Shah, General Manager (operations) of Punjab Mass Transit Authority, has been quoted as saying that the morale of Pakistanis working at OLMT would not be down if they compared their salaries with their local counterparts. He added that the comparison in salaries between the Chinese and Pakistani employees cannot be made.