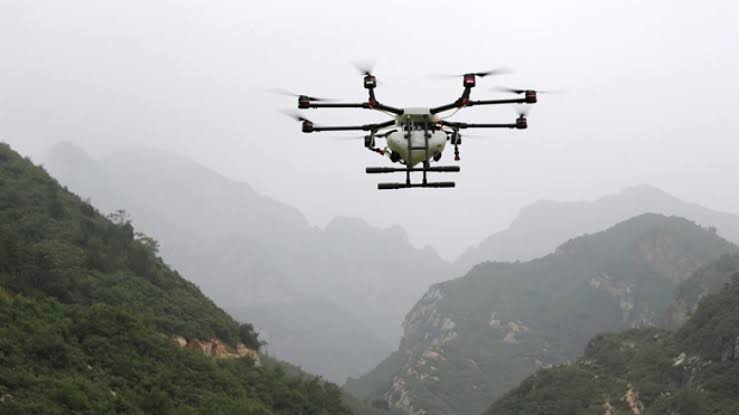 Border Security Force (BSF) on Wednesday foiled Pakistan’s attempt to conduct recce of areas near the border with India using Chinese drones, and opened fire on a drone spotted flying over Indian territory in the Gurdaspur sector.

BSF deputy inspector general (DIG), Gurdaspur sector Rajesh Sharma informed that a patrolling party of BSF had spotted a drone that had arrived from Pakistan and was flying over the Indian territory. “Immediately, the jawans opened fire on the drone following which it flew back to Pakistan territory,” he said.

In the past, Pakistan-based militants belonging to Khalistan Zindabad Force, with the help of ISI, had successfully dropped arms and ammunition in border villages of Amritsar and Tarn Taran. The investigations had revealed that as many as 8 sorties of drones were made from across the border in five days in August and September 2019. The National Investigation Agency had filed charges against nine militants in connection with arms dropping case. In January, Punjab police had also arrested an Army Naik who was allegedly involved in procuring and supplying drones to cross-border smugglers, besides training to fly them.

Intelligence sources here informed that the Pakistan government had in recent past procured a large quantity of drones from China and they were now using them to carry out a recce on Indian border areas to airdrop arms, ammunition, and narcotics.

“These drones fly at the height of around 300 to 400 meters and are not visible with naked eyes at that height. The drop locations are pre-fed into them and their coordinates are given to the recipients who can collect the contrabands from the exact position” said sources, adding that they were not sure whether Pak-based terrorist organizations had successfully made any arms or narcotics drop attempt in the recent past on Indian territory.

“But with their continuous attempts, it seems they have intensified anti-India operations” said sources.

DIG informed that during last week Pak drones had crossed the Indian territory three to four times and every time they had fired upon the drones. He said they had lodged a protest with Pakistan Rangers but they denied that the drone had originated from Pakistan territory.