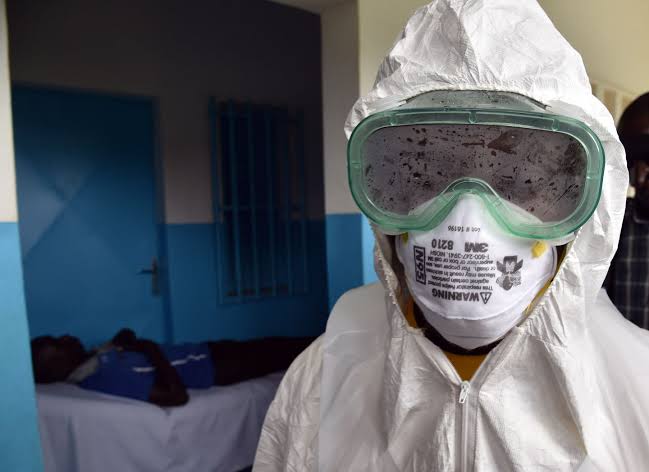 Human kind and microbes live on the same planet and are part of the same plant and animal kingdom. Each depends on the other for survival and further growth. A thin balance is maintained between the two, then things remain what we call ‘normal times’. However when the balance is disturbed it effects the health and existence of humankind. This disturbance is called by various names – (1) Epidemic – that which is within a small area and within communities, within a country; (2) Pandemic – when the spread of disease is beyond countries and continents – like the present Covid-19.
We do not know much about causes and cures of these diseases. Till now they have made visits on irregular intervals and have ceased or slowed once herd immunity within the communities have been achieved. It has been in the forms of plague, small pox, influenza, flu, cholera, malaria and yellow fever, HIV, ebola etc. Mostly these are zoonosis diseases, that is, they spread from contacts with infected domesticated animals.
Till now we have been able to eradicate only one such disease of the past and that is small pox and have controlled polio to a great extent. Many new ones have come and cures have also been found, rather quickly due to new technologies, general awareness and improved health care facilities.
Pandemics are placed at the apex due to its spread and severity. Its effects have been devastating both on the population due to large numbers of deaths and adverse effects on human related activities such as the economy and growth, politics, religions and wars. However, some great changes have occurred after most pandemics. It won’t be wrong to say that great changes generally follow pandemics.
There have been many pandemics in the past. There are records of these in other countries. In India we don’t have such records. May be our records as historical text got burnt in libraries of two universities, Taxshila and Nalanda by the Huns and the Turks respectively. And other than that the destructions of Buddhist Monasteries and killing of the monks brought obvious end to most records and links. Whatever little we know of our past is from inscriptions, archeological evidence and travelogues of the foreigners. But if pandemics took place in other countries and continents so it must have effected India as well. For India has always remained connected to the rest of world in all ages.
We know a number of Pandemics and its effect on the host regions. Since the present “ history “ known to the world has been mostly controlled by the West, as usual all good and bad things must start from the Greeks and the Romans. So be it.
So we had a plague in Athens during the Peloponnesian War it was caused by typhoid fever in 430 to 426 BC,killing one fourth of the Athenian troops, besides a large number of the population. As a result, Athens lost its eminence. Subsequently northern tribes rushed south. Prominent among them were the Macedonians who replaced the republican form of governance to monarchy leading to so called world conquests under Alexander, which got stopped at the gate of India by a relatively a very small kingdom.
So much for the Greeks. And now comes the Romans with their contributions, in the first to second century of the common era it suffered the pandemic of the small pox. This had travelled from China, Iran and to Rome on the great Silk Road. It brought an end to the Han dynasty in China.

Central Asia was then ruled by Indian dynasty under Kushans may be their fortunes also dwindled after that and a new dynasty rose in the northern plains of India, that is of the Guptas. The pandemic reached Iran and the ruling Parthians suffered so much that they were replaced by the Sassanids. On its further westward progress it at last reached and got the nomenclature as the Antonine Plague(165 to 180AD) being in the reign of the ruling monarch. Some five million people lost their lives. It reappeared in 251 AD and nearly 5000 people died in one day in Rome. It was called Cyprian Plague. Rome was weakened.

The small pox pandemic had caused so much havoc to China, India, Iran and Rome that dynasties changed hands in three countries except Rome which was greatly weakened. May be it signalled the Huns on the peripheries in the northern steppe. They over ran northern China in 300AD forcing mass migration of the Hans south of the Yangtze River. Huns made Buddhism the state religion of China.

The Hunic hordes some how did not enter India. May be the new ruling dynasty of Guptas were strong enough then and scared the Huns for the time being. However the Huns invaded India in 450AD onwards and brought the end of the Gupta Empire and Buddhism in India in general and Western India in particular. It also established Brahmanism/Hinduism in India. Did it follow some Pandemic? We have no records to confirm.

End of Guptas had come in 5th century, so let’s move back to third century again. The new Sassanian dynasty in Iran was able to bribe the Huns with gold and kinship diplomacy. Huns went north and west and pounced on Rome under Attila and caused great destruction and in north it disturbed the entire Germanic tribes and forced them to move westward. Franc moved to modern day France replacing the prominence of the Gauls. Gothes were scattered all over the Western Europe, sowing seeds of Gothic culture. Rome was ruined.

Christianity, the religion of the Palestinian slaves replaced the Greco- Roman playful Gods of the yore. The Western Roman Empire came to an end by 400 AD. It lingered in the East as Eastern Roman Empire for another thousand years and came to its end in mid 15th century, when Osmanian Turks captured Constantinople in 1453 AD.

A bubonic plague started in Egypt and spread over Persia and Byzantine between 541 to750, it is called Justinian Plague. Almost 50% of the population of the settled parts of Egypt, Mesopotamia, Persia and Byzantine succumbed to the Pandemic. Only the nomadic Arab tribes survived as they were dispersed in small nomadic bands.

They thrived. Their population increased vis-a-vis the rest in settled areas of the region. This helped the Arabs when Islām evolved in Arabia. Arabs could field strong, large and vigorous troops in the battlefield against the Persia, Byzantine and Egypt under the banner of Islam. That’s why these old power houses collapsed so quickly.

The Arabs call it miracle, the Orientalists are yet to find the reason of such rapid advance of Islam and the Arabs in 7th century. think the answer lies in the nomadic life style of Arabs during the pandemic. They had a mobile Quarantine on camels backs!

Then there was the Black Death another bubonic plague in Europe. It devastated Europe. The Church blamed the Jews and they were hunted down. The church also blamed the pagan tribes of Europe and they were forced to join the flock. All this cruelty by the Church triggered Renaissance in Europe and things changed in Europe rapidly towards modernity from the dark folds of the Middle Ages.

Pandemics haven’t ceased from coming. But they have been contained and controlled. Better health care, technology and general awareness has helped.
Spread of diseases have not been harbinger of great changes by conquest after the spread of Islam following the Justinian plague.

May be except during the conquest of Americas and Australia by the Spaniards, Portuguese and the English, where small pox that came with the Europeans or rather deliberately introduced among the native tribes, killed more natives and reduced their ability to resist. It was not the valour and weapons of the White men which the rest of the world has been made to believe.

But the present Pandemic of COVID-19 is different. Even all the Research, awareness, technology and health care have not been able to rein it. It looks as if only a herd immunity may slow down its spread and lethality. It is told that the Covid -19 virus is rapidly changing its strains. They say that in India alone it has metamorphed into a number of new strains. May be that will reduce the effectiveness of the vaccines.

The pandemic has caused so many deaths across the globe and brought economic activities to almost a halt. The job losses will increase the poverty and miseries of the masses across the globe. It is still not known whether the disease is a zoonosis one or created in a laboratory as part of a biological weapon.

The way China manipulated its spread by controlling WHO and then moved on to land grabs in its neighbourhood, permits doubts to build and continue to exist.

The world is dividing itself into power blocks. New groupings are shaping up which may graduate into alliances of some kind. China has switched off into its medieval mind-set of Middle Kingdom surrounded by tributary states! That has literally ended in a fist fight where Mandate of Heaven got a bloody nose from the barbarian for change!

It is most likely that world will wage a trade war against China to pull it down from the high heaven. Failing which world may have to get together as it was done to put the Boxer Rebellion down in Mainland China at the end of the 19th century and reduce China to “China Proper”.

That is in the eastern plains between the two great rivers the trapped nationalities like Tibet, Eastern Turkistan, South Mongolia, Manchuria and Yunan were liberated. It was declared an irresponsible state and expelled out from world bodies.

Nothing is clear. All that we can do is make wild guesses.

But there will be great changes in the world order. It is certainly a heroic age now, when the old order is in decline and vacuum is visible at the top.

“Unrestricted war” with no set rules was declared by China some two decades back. Much will depend how India makes its moves.It will be certainly be a clash between the children of Chanakya and Sun Tzu. Between the game of Chess and Wei Qi. Clear moves to knock the opponent as in former or long strategic encirclement as in the later doctrine of deception.

Nothing is clear, nothing is known except that the Change is in the Waiting! No wonder, rest of the World is looking up to India once again. Though We may remain in a dark womb of time for a while! India will deliver. 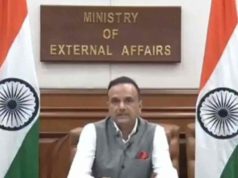 “Don’t Comment On Internal Affairs”: Just A Warning By India To China Not Enough