Path of militancy a ‘deceit’ and ‘deception’ says a surrendered Terrorist 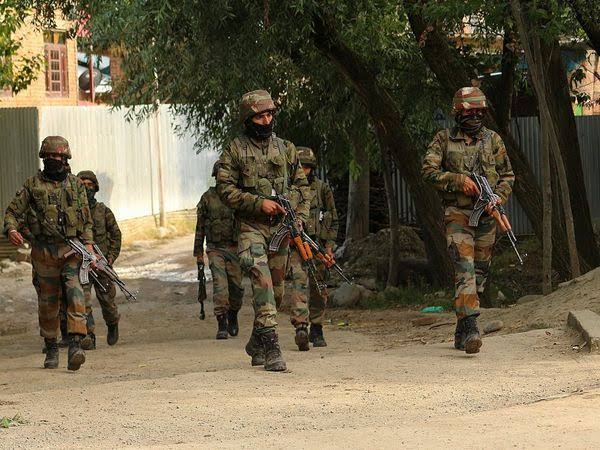 A local militant who surrendered during an encounter in Pulwama district of Jammu and Kashmir on Friday expressed gratitude to police and security forces for giving him another chance to live life and appealed to all ultras to shun the path of militancy, saying it is a “deception”.

Khawar Sultan Mir, a resident of the Drangbal area of Pampore in south Kashmir’s Pulwama district, laid down his arms before the security forces during the encounter at Lalpora in Pampore, in which two militants were killed. A civilian also lost his life while another was injured during the exchange of fire.

Mir, who had joined the militancy on September 1 this year, surrendered after numerous appeals by the security forces.

In a video of the surrender, put on Twitter by police, Mir is seen coming out of a building holding his arms in the air.

In another video, he expresses gratitude to police and security forces for offering him to surrender during the gunbattle.

“I am thankful to J-K Police and forces, Army, who gave me another chance to live my life. They told me to come out, took me out alive and treated me well. They did not torture me and treated me like their brother. Whatever (arms) I had, I left it there only (at the encounter site),” Mir says in an over-a-minute video clip uploaded by the Kashmir Police on its Twitter handle.

He appealed to militants to give up arms, saying the path of militancy was a “deceit” and a “deception”.
“I appeal all my brothers that this (militancy) is a deceit, this bloodshed is a lie, a deception” there is nothing in it,” he said.

Inspector General of Police, Kashmir, Vijay Kumar described the surrender of the local militant as a success for the security forces.

#Surrender over #Death! #Success of Police & SFs is that they are getting #misguided youth back. This year has been #successful as they are returning, know well that they are being honorably welcomed (sic),” the IGP Kashmir said in a tweet on the Kashmir Zone Police’s Twitter handle.

In the last few months, several local militants have surrendered before the security forces during live encounters.

The DGP said all those who have picked up arms should shun the path of violence and return to the mainstream, assuring them of support.

“We want the youth, who have been lured into taking a wrong path, to return. There is still time, they can return and we will help them in every way,” he had said.