People in Delhi loot mangoes worth Rs 30,000 from fruit seller 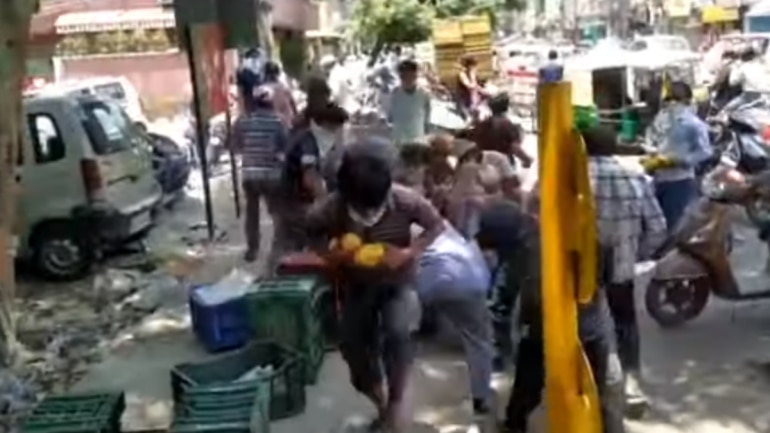 Several people looted mangoes worth Rs 30,000 from a fruit seller in Delhi. A video of the incident has gone viral on social media.

In a heartbreaking incident, several people looted crates of mangoes that were left unattended for a while by a fruit seller in Delhi’s Jagatpuri area on Wednesday. A video of the incident has gone viral and is being widely shared across social media platforms.

According to several media reports, the street vendor, identified as Chhote, was away because a group of men had asked him to move his fruit cart. Meanwhile, some passersby noticed the mango crates lying unattended and decided to take advantage of the situation. Auto drivers, rickshaw pullers and hawkers pounced upon them and robbed whatever they could. Some people even filled their helmets with the mangoes.

The clip shows dozens of people looting the mangoes. Check it out here:

There were 15 carts of mangoes worth Rs 30,000. By the time the fruit seller returned, people had taken away everything.

This mango loot took place when the world is facing the brunt of the novel coronavirus outbreak. In the times when people are expected to be kind to each other, this viral clip left the netizens fuming with rage. “What a shame,” a user wrote. “People are losing their basic morals,” wrote another user.

Calling out the people who stole the mangoes, a Twitter user wrote, “Sick people. Stole someone’s bread.” “This is cruel and inhuman,” read another comment on the video.

What do you think about the incident?