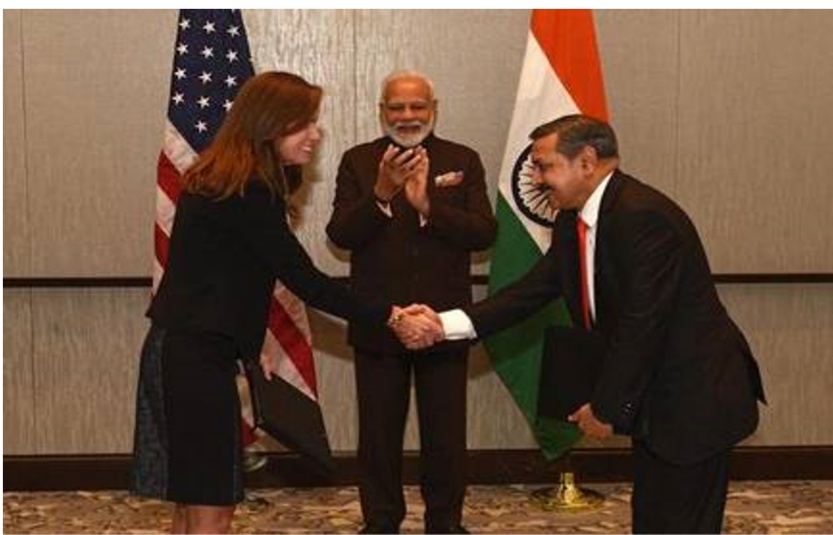 Indian Liquefied Natural Gas (LNG) importer Petronet has decided to invest $2.5 billion in American company Tellurian Inc., in an agreement that will give India access to up to five million tonnes of LNG a year.

The MoU, which was an updated version of the one signed in February this year, was exchanged here by officials in the presence of Prime Minister Narendra Modi in his first engagement after landing here. According to the agreement, the finalised deal is due to be completed by 31st March 2020.

“Increasing natural gas use will enable India to fuel its impressive economic growth to achieve Mr. Modi’s goal of a $5 trillion economy while contributing to a cleaner environment,” said president and CEO Meg Gentle in a statement after signing the new MoU.

Officials said that while the MoU still needed to be negotiated, the announcement had symbolic value at the start of the Prime Minister’s visit to the United States, showing India’s intent to become a major energy buyer for American companies.

Within hours of reaching Houston, and ahead of Sunday’s rally that he will address along with U.S. President Donald Trump, Mr. Modi met with heads of 17 energy companies to speak about the potential for the Indian market and listened to their view on the challenges of supplying and investing in India.

According to a senior official, the companies were “appreciative” of India’s purchases of U.S. oil and gas, which have more than doubled in the last year. They also pointed to certain systemic issues with the Indian market during the two-hour-long meet.

Among the issues raised by the businessmen, who included the top leadership of ExxonMobil, BP, Schlumberger, Cheniere, Total and other big energy companies, were problems with arbitration and the dispute resolution mechanism in India.

Some also asked Mr. Modi to consider a unified Ministry for all energy issues instead of separate Ministries for Petroleum and Natural Gas, coal and renewable energy in order to streamline processes.

“The CEOs lauded the government’s efforts towards Ease of Doing Business, steps taken towards deregulation in the [energy] sector…and were upbeat on the Indian economy,” MEA spokesperson Raveesh Kumar said.

Government officials said that the massive investment from India in Tellurian’s $29 billion Driftwood project would “create 50,000 direct and indirect jobs” in the US, and would support manufacturing in 18 U.S States.

However, senior officials present at the meeting refused to comment on how soon India would be able to consume the amount of LNG the MoU insulated, in order to justify the investment.

In 2011, GAIL, a stakeholder in Petronet had already entered into a 20-year contract to buy 5.8 million tonnes per year of U.S. LNG, split between Dominion Energy and Cheniere Energy, but India has had to resell much of its American intake due to lower demand.

The announcement of the Tellurian MoU, which was reported by The Hindu on Friday, was anticipated as a “big-ticket” investment announcement during the Prime Minister’s U.S. visit.

Meanwhile, Commerce Ministry officials are still negotiating with the U.S. Trade Representative’s office in Washington in the hope of announcing a limited trade deal next week, which is expected to be announced after the bilateral meeting between Mr. Modi and Mr. Trump on Tuesday.

In particular, officials are discussing lifting of tariffs on both sides, and a possible restoration of export subsidies for India under the Generalised System of Preferences system, which the Trump administration withdrew in June this year.